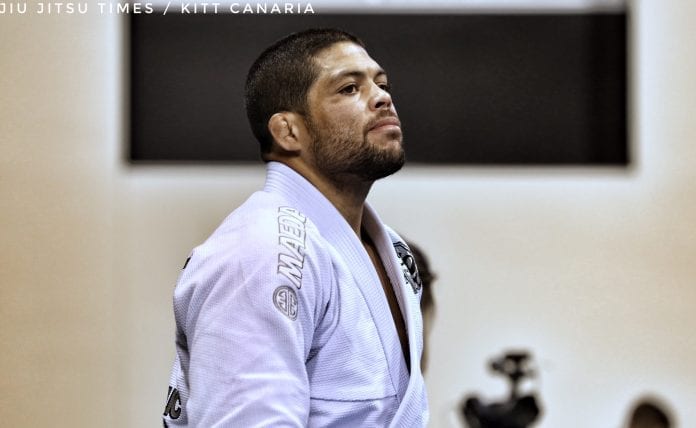 A few days ago, 2011 ADCC champion and multiple-time world champion Andre Galvao teased a return to the MMA world, and he’s since confirmed to the Jiu-Jitsu Times that it’s more than just a hopeful daydream.

Galvao started his professional MMA career in 2008 and finished it (at least for the time being) in 2010 with a record of 5-2. His jiu-jitsu skills were able to shine on the mats as three of his victories came by way of submission, and he competed for notable promotions Strikeforce and Dream. His last fight ended in a KO loss against Tyron Woodley, but a decade later, he plans to prove that he’s not done yet.

The elite BJJ athlete prompted a lot of chatter when he shared a post on social media expressing his desire to return to the cage:

If you didn’t know about it…now you you know it.

I didn’t fight worlds 2009-2012. Yeah! They all super happy about it. I could win couple more world titles in bjj. Haha!

Back in the day I had no wrestling and no ADCC World Titles. My no gi game is different now.

I competed only against top fighters never thought about making my cartel…I was ready for anyone.

Much respect to all my opponents ✊🏽.

All of my opponents has way more experience than me.

I want to show the world I can do it!

I want to get back and show the world I can do it well.

Though Galvao says that it’s “God’s plan… not [his] plan,” the return to MMA does, in fact, appear to be part of his own plan as well. The Jiu-Jitsu Times reached out to him, and he confirmed that he is actively planning to get back in the cage.

Further details, such as when and for that promotion that comeback may occur, are currently unknown, but we’ll keep you updated with any news.