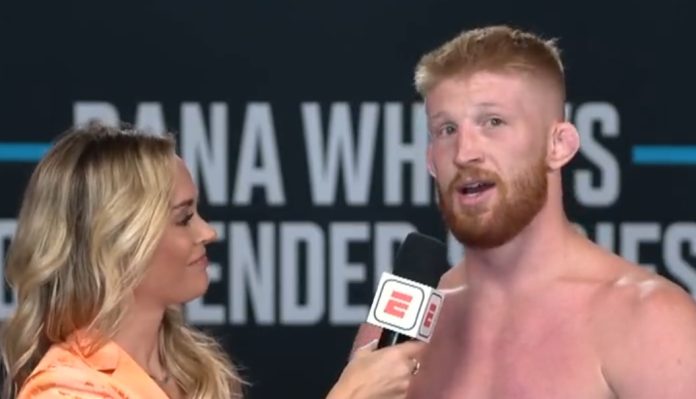 Bo Nickal made his second DWCS appearance on Tuesday night and improved his professional MMA record to 3-0 with yet another early first round finish. In 3 professional fights, Nickal has officially spent a total of 2 minutes and 27 seconds in the octagon.

Obviously feeling himself, and for good reason, Nickal is making his way through call-outs and truly believes that he is at the top of the division.

5 fights in 1 year. 5 first round finishes. 0 strikes absorbed. Nobody can do it like me. We headed to the top! Much love to all my supporters, bigger things on the way!

In a post-contract-signing interview, Nickal called out Khamzat Chimaev, calling him “that Swedish dude”, and saying, “he might not even be the best guy, because he can’t make weight”

👀 @NoBickal has his sights set high for his UFC debut! #DWCS pic.twitter.com/vyEK5qXyxc

He also called out Logan Paul for a WWE match, further predicting his super stardom.

Before the fight took place, Nickal told Full Send MMA “You will 100% see me in the octagon again before the end of 2022.”

Whatever is next for this rising superstar, one thing is certain: it is sure to be sensational.