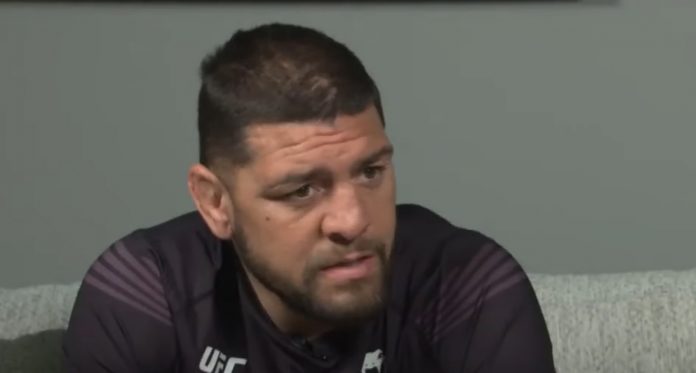 According to coach Cesar Gracie, Nick Diaz will be making his return to the UFC octagon sometime in 2022.

Gracie made the announcement with an instagram post of Diaz, “Look for @nickdiaz209 to fight by the end of the year.”

Diaz’ return will be coming after a tough loss to Robbie Lawler, which had fans and analysts hinting at retirement for the seasoned veteran.

Robbie Lawler checking on Nick Diaz after their rematch is a special moment 👏 (via @ufc) pic.twitter.com/1HDBnBNNe0

Before the fight, his camp requested a weight change of 15lbs just days before the match was set to take place, suggesting a struggling weight cut. His return capped a 6-year hiatus that was launched from a suspension for cannabis use.

Nick Diaz holds a 3rd-degree black belt under coach Cesar Gracie. He’s the former Strikeforce welterweight champion and fought for the UFC welterweight championship twice. He’s fought in 38 professional MMA matches and holds a record of 26-10 with 13 KOs and 8 Submissions. He’s never been submitted in his MMA career.

It’s currently unclear who Diaz’ next opponent might be, or if the fight will be booked at middleweight this time.