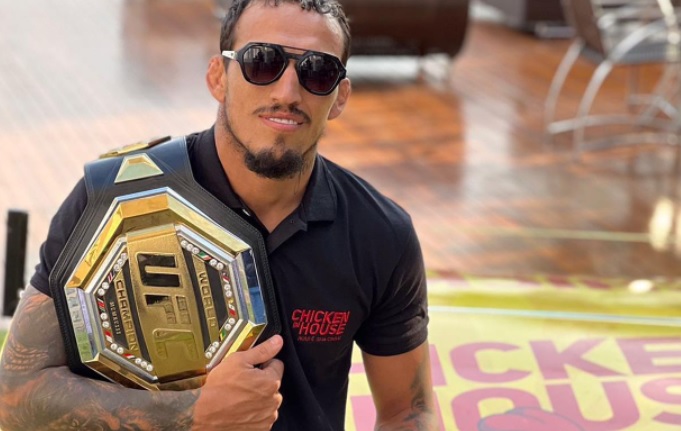 Charles Oliveira was set to defend his UFC Lightweight Championship against Justin Gaethje at UFC 274 this Saturday in Arizona but instead has been stripped of his title because he missed the 155lb. championship weight limit by weighing in at 155.5lbs.

It was a race against the clock after Oliveira first stepped on the scale and missed weight. He was given 60 minutes to continue cutting weight and try again. Unfortunately for Team Oliveira, the champion was still .5 over the limit and was therefore stripped of his Championship title.

The UFC Lightweight Championship is now vacant, and if Gaethje wins against Oliveira, then he will be crowned the new champion. However, if Oliveira wins, the title will remain vacant.