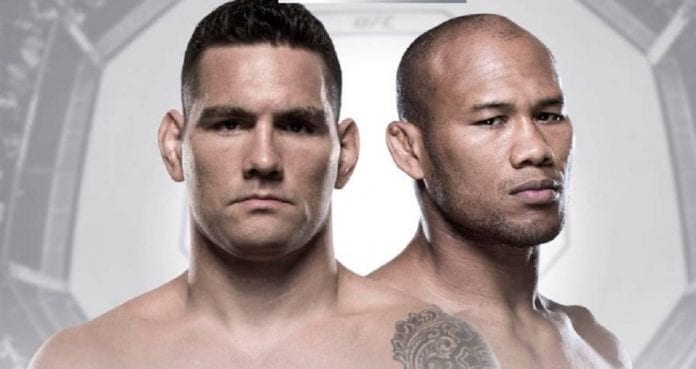 The UFC has announced that Chris Weidman will take on Ronaldo “Jacare” Souza for the co-main event at UFC 230.

The event, which will take place on November 3 at NYC’s Madison Square Garden, was originally set to host the return of Nate Diaz, who would’ve faced Dustin Poirier in the co-main event. However, Poirier was forced to withdraw due to an injury, so the fight was called off.

Weidman (14-3-0) was then set to fight in the co-main event against Luke Rockhold. However, Rockhold was then injured, and Weidman was left without an opponent until Souza (25-6) stepped in.

With only a week and a half to go until this big event, we’ll keep our fingers crossed that the other fighters of UFC 230 remain healthy and injury-free.