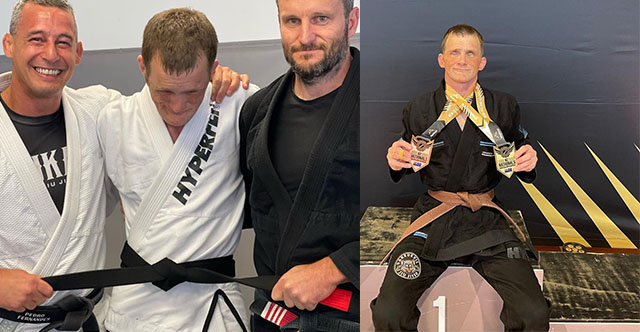 New Zealand’s Clinton Terry, who has been blind since the age of two, was awarded his Brazilian jiu-jitsu black belt from Professor Pedro Fernandes of Tu Kaha Jiu-Jitsu earlier this week, per a post published on Terry’s Instagram account.

This makes Terry – who has been training jiu-jitsu since 2014 – the sport’s first blind black belt to emerge from New Zealand. In his Instagram post, Terry states, “Other than raising my family, this is the biggest achievement of my life, and I could not have done it alone.”

Prior to starting jiu-jitsu, Terry also developed an impressive competitive wrestling resume, racking up ten national titles. In jiu-jitsu, he’s made the podium at both Pans and Worlds, and is a 7-time IBJJF Pan-Pacific Champion.