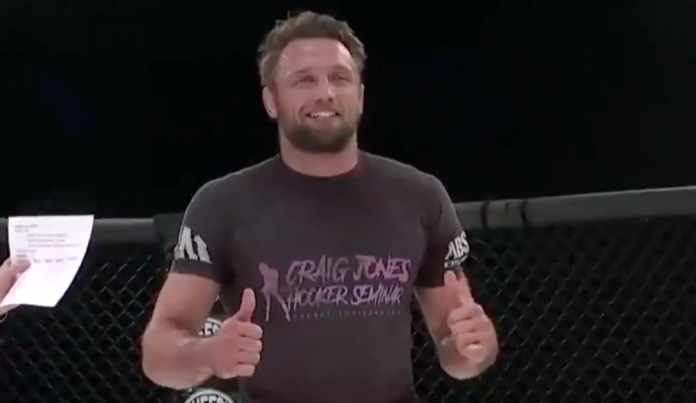 Craig Jones came away from his SUG 19 victory against Brent Primus just ten days ago, but he returned to compete at SUG 20 against Olympic gold-medal-winning Satoshi Ishii, who also had an impressive match against SUG champion Mason Fowler at SUG 19.

Jones immediately pulled guard and transitioned to Ishii’s back in the first 20 seconds of the match, locking in a body triangle and threatening a rear naked choke. Jones quickly and briefly transitioned to an armbar, but Ishii defended, and Jones returned to his opponent’s back, seeming to still be working with the goal of an armbar. Ishii turtled up, but Jones was relentless and locked in his hooks, securing a tight rear naked choke that forced Ishii to tap at just over two minutes into regulation.