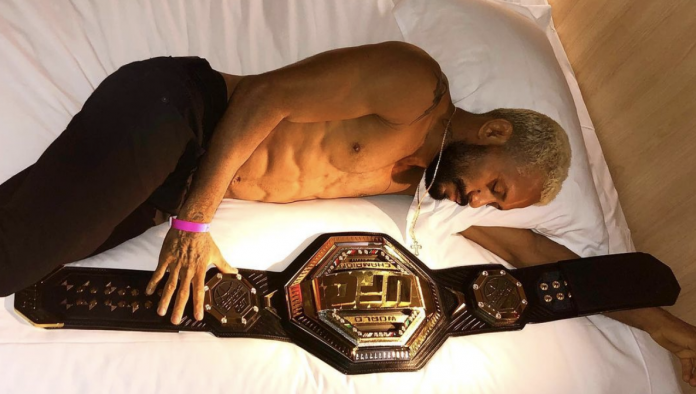 Deiveson Figueiredo and Brandon Moreno needed less than one round to finish their opponents last night at UFC 255, and apparently, they won’t need much time to prepare for their next fight, either.

According to ESPN, Figueiredo and Moreno have already agreed to take each other on at UFC 256 on December 12 — about three weeks from now. The matchup has not yet been made official beyond the verbal agreements.

After last night’s main event, which saw defending flyweight champion Figueiredo submit Alex Perez in under two minutes, UFC president Dana White expressed that he wanted to keep the Brazilian fighter in the United States for another fight, this time against Moreno.

Moreno, for his part, also had a fast and successful showing last night, defeating Brandon Royval via TKO at the literal last second in the first round of their fight. He’d been hoping for a title shot, and his win at UFC 255 seems to have been what he needed to get it.

If the fight happens, it would set a record for the fastest turnaround time for a UFC champion or challenger in the promotion’s history. The fight would also fit well amongst an already-impressive card at UFC 256, which includes a bout between Tony Ferguson and Charles Oliveira as well as a fight between Mackenzie Dern and Virna Jandiroba.