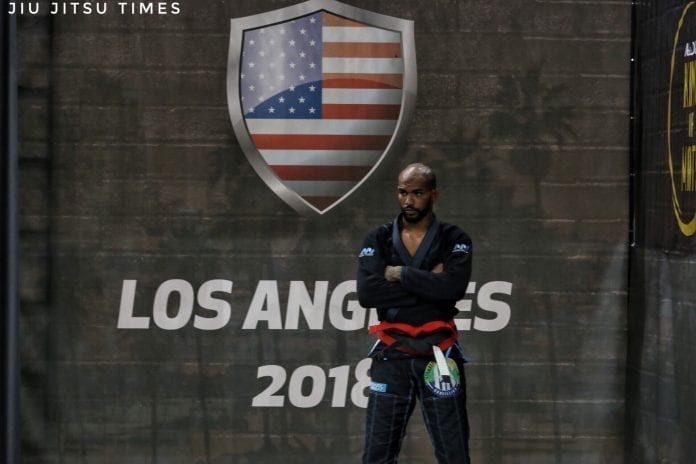 Los Angeles, 23rd September, 2018: Abu Dhabi King of Mats® second edition was held at the Los Angeles Convention Center with some tactical and action packed matches among ten of the best heavyweights in the black belt division, who competed for a combined total cash prize of $42,000.

Erberth Santos won the title of the Abu Dhabi King of Mats®, after he defeated Jackson Sousa in a very defensive and strategic fight. The match ended 0-0 in score but the decision was awarded to Erberth Santos, who was deemed the worthy winner by the referee.

“I didn’t have any strategy for the final match, I went in the match and gave my best, I am here to fight. I think this is the secret of my success.” Said Erberth Santos

“I would like to give all the credits of my performance to my team and teammates, they are helping me develop my game and my career as an athlete. It’s been an amazing tournament and I will keep working hard and eventually become what everyone dreams to become – “the best of all times”. He said

“I am very anxious for the super match, I want this fight and I can’t wait for that fight”. He said

Jackson Sousa who lost a very close fight in the finals said: “Erberth Santos is a top guy in the jiu-jitsu community, so I congratulate him for the win. I want to thank my team and also I am grateful for the UAEJJF for organizing this amazing tournament.”

“The UAEJJF can count on me to compete in the future tournaments, unfortunately I lost this fight due to the referee’s decision, he did a good fight, very aggressive. As a professional athlete we need to learn how to win and how to lose, but win or lose, we always learn.”

Adam Wardzinski wo on points 2-0