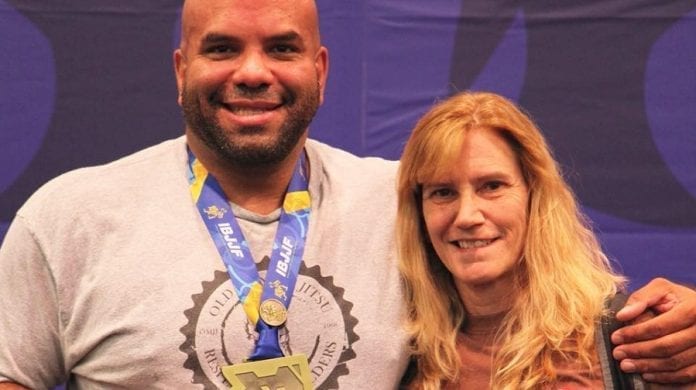 The International Brazilian Jiu-Jitsu Federation (IBJJF) has quietly added the female master 1-6 divisions to more of its events taking place in November and beyond. The master 7 division (previously only available for men in major IBJJF events) has also been opened to women for No-Gi Worlds (in December) and Euros (in January).

The addition of the divisions provides equal opportunities for male and female competitors. Previously, female master divisions beyond the master 1 category were an exception rather than the rule; the categories were represented at World Masters for both men and women, but aside from Pans earlier this year, most IBJJF tournaments didn’t offer additional master divisions for women. Now, it appears that both men and women in the master 2-6 categories will have the chance to compete within a division that suits their age.

Although the IBJJF hasn’t explicitly stated the reason for the change, the Together All Powerful (TAP) movement started by Karen Peters and Carlos Melo has been the driving force behind increased opportunities for and representation by female master competitors. The movement’s first victory came earlier this year, when additional women’s master divisions were added to Pans. Their efforts paid off again at World Masters, when the number of registered female master athletes increased dramatically from last year. Now, it appears as though the added representation is here to stay.

A very excited Peters released the following statement about the development:

Our progress, I believe, has critically changed the course of women’s jiu jitsu in ways we will not fully comprehend until we are further down the road and see how our girls and younger women have benefited from the fruits of our efforts combined with those who came before us.

Together, just since February, we have rallied to create an international community of men and women who stand together to support the growth and development of the older women jiu jitsu athlete.

For many of us Master women this development has revitalized our training and given us a new kind of hope. Many of us grew up and trained at a time where such support was non-existent or nearly non-existent. As an older woman jiu jitsu athlete, to know you are not alone and have an entire community (women and men together) behind you that values and supports your jiu jitsu is a gift and an inspiration beyond measure.

Our collective power was evident from the beginning of this year with the Masters divisions 2-6 being added to the Pans just 3 weeks before registration – within 24 hours of our petition going viral. It was almost magical how we came together in a FB group (BJJ Master Women) to inspire and support 160 Masters 2-6 women to compete at the Pan Championship.

Then from there we went on to set a record at the Master Worlds in Vegas, with the most women competing ever at the Master Worlds. Not only did we come out in numbers, but the energy was palpable. As Jolie Boyle wrote for The UKBJJA, “You would catch the eye of another woman with greying hair and give the look that you’re in some sort of secret club, you’re here to create a historical year in the Worlds Masters Championship, to make a bond and sense of togetherness”.

And, as I write this I am acutely aware that Master women are competing for the very first time in the 2-6 divisions at the IBJJF Nogi Pans – yet another historical event for us to celebrate.

So I write this as a little re-cap, as a way of saying that today feels like a new day for us. Today new opportunities and possibilities await us that have the potential to blow the doors off our jiu jitsu journey, as individuals, as teams, as a community. And that my friends is a very, very cool thing to think about and look forward to.

Peters and Melo are still going to continue working for complete equality within the sport (and the IBJJF in particular), particularly when it comes to the point disparity between how female and male master competitors are ranked at World Masters. And of course, there’s the challenge that comes in with filling the divisions so that female master competitors actually have matches at the events they sign up for. However, the equal opportunities for representation at the IBJJF are a huge leap forward for the sport as a whole.