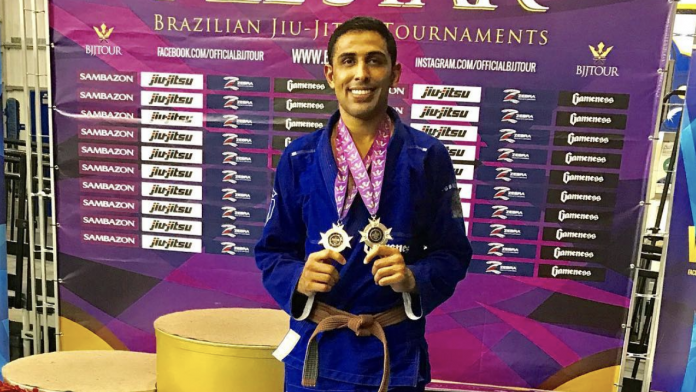 Another martial artist is poised to win an election in California after receiving over 50 percent of the total votes.

Mikey Singh Hothi has almost certainly earned a spot on the Lodi city council with over 1,620 votes, earning nearly twice the number of votes of the closest runner-up. Hothi ran on a platform that included providing shelter for the homeless population, supporting local businesses, and developing outdoor recreation.

In addition to his developing political career, Hothi is also a Brazilian jiu-jitsu brown belt who trains out of the Nick Diaz Academy. He’s also competed on the Fight 2 Win stage multiple times, earning a few impressive submission victories in the process.

Me: Jiu Jitsu is all about leverage Also me: …

Hothi isn’t the first martial artist to find success in the world of politics this week. Former UFC champion Tito Ortiz was elected to the Huntington Beach city council this week, and Sharice Davids — a former MMA fighter and the first openly gay Native American to be elected to the U.S. Congress — retained her seat in this week’s election as well.