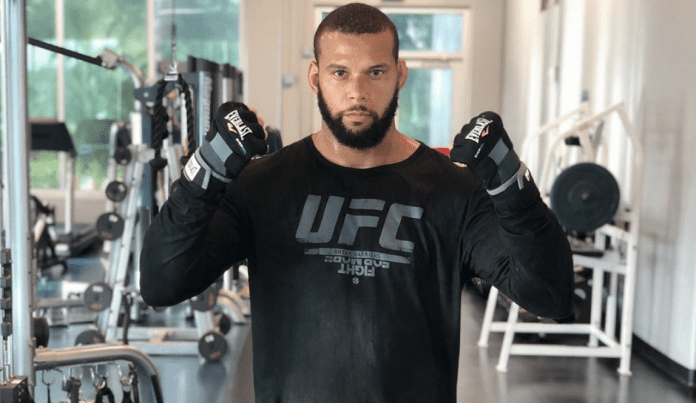 A scheduled UFC fight between Glover Teixeira and Thiago Santos has once again been impacted by COVID-19, and this time, Santos is the one who tested positive for the virus.

The fight had previously been scheduled for September 12, but was moved to October 3 as the co-main event after Teixeira tested positive for the coronavirus. Now, Combate has reported that Santos will be unable to fight in the bout after a positive test result.

So far, a replacement for Santos hasn’t been announced, and there’s no news on whether Teixeira will have an opponent for the event or if he’ll have to wait a bit longer for another fight opportunity.

The diagnosis is the latest in an increasingly long string of fight challenges for Santos. Jon Jones broke his winning streak in a split-decision loss last year, and Santos ended up needing surgery for multiple knee injuries. After being sidelined for months, his fight against Teixeira was set to be his first in over a year.