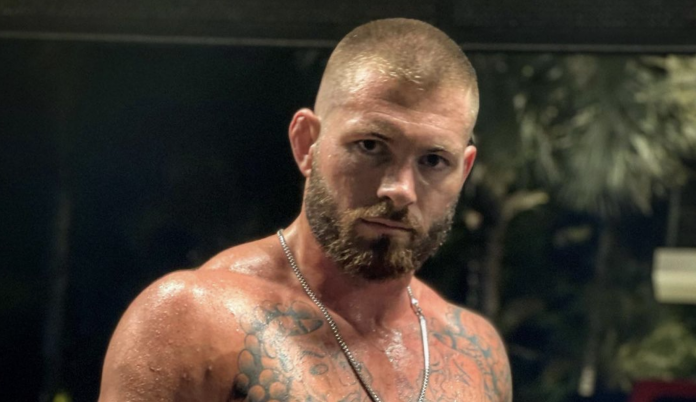 Gordon Ryan has addressed the inappropriate comments he made about Erberth Santos’ young daughter, calling them “fair play” due to comments that Santos has made about Ryan’s girlfriend and late father.

Days ago, Santos shared a screenshot on his Instagram story appearing to show a conversation between himself and Ryan on the app. In the screenshot, Ryan had shared a photo of Santos’ toddler, Eloa, which had been cropped from one of Santos’ recent Instagram posts. Below the photo, Ryan wrote, “She’s cute” and then, “Nice ***”.

Santos responded to the messages in Portuguese, saying, “Do you like kids, then?” and, “Here in Brazil, whoever does that doesn’t last very long!”

When the Jiu-Jitsu Times reached out to Ryan for comment, he replied, “Use whatever you’d like. People will just spin it however they want anyway. Every major story ever released about me ends up turning into something that it wasn’t even close to in the first place. This will be no different. I’m sure you guys will storm up a nice clickbait headline.”

“Just to put this in context everyone so you don’t get your panties In a bunch, I don’t talk about people [sic] families unless they open that door. Erberth has said on multiple occasions on public comment sections that if I ever came to Brazil he would shoot me in the head and rape nat [Santoro] on top of my dead body. He was making fun of big gord the week he died and said I would be visiting him soon, implying I was gonna get killed, so I told him I’d bang his daughter when she turned 18. I think that’s fair play. Ps- if you think I’d ever comment this seriously abour [sic] a kid, you’re a different level of stupid.”

The comments that Ryan references come from since-deleted Instagram posts by Santos, one of which said, “Soon your son will visit you” over a post of Ryan kissing his late father’s head at his funeral. Santos’ post was shared just days after the passing of Ryan’s father.

Tom DeBlass also shared his thoughts on Ryan’s comments to Santos in reply to another Instagram user:

“I think gordon was a fkin moron for saying that (if he said it) im still holding onto hope it was photoshopped and he isn’t that stupid. I literally can’t fathom it. I also remember thinking that eberth [sic] should [coffin emoji] when he threatened to r*pe nat on top of big Gords dead body. I think eberth [sic] deserves no respect, yet gordon saying this is literally the most mind boggling and ridiculously stupid thing he could have said. It’s simply not justified. Does he feel that was [sic] truly? No, he said it to bother eberth [sic], but i can think of 28282 better ways to get eberth [sic] back.”

Ryan has not said anything to indicate that the screenshots have been digitally altered.

After another Instagram user expressed concerns about Ryan’s comments, Ryan responded by telling him to “try not to be so offended.” He then stated that “pedophiles should die” in response to another comment on the same thread.

The Jiu-Jitsu Times has also reached out to Erberth Santos for comment and will update this article if we receive a response.