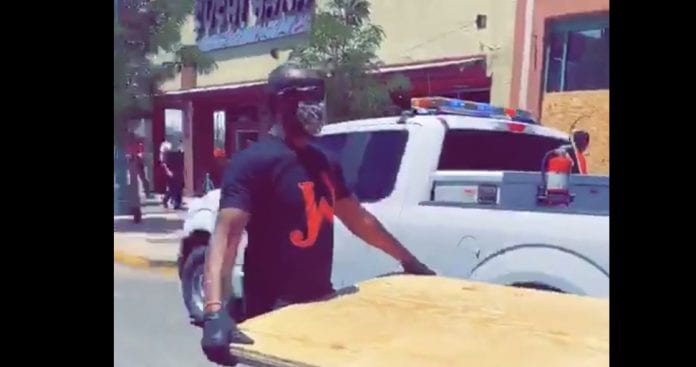 On Monday, Jones shared a series of posts to his Instagram story showing that he and his teammates at Jackson Wink MMA were helping to repair damage that had occurred during the protests related to police brutality against Black people. The teammates boarded up broken windows, swept up glass, and assisted in cleanup efforts where needed.

“Tonight, we’re gonna try and stop as many of you guys as we can. We come in peace. We’re gonna use our voices, our numbers, and we’re gonna be the difference.”

Jones also mentioned that the vast majority of protesting was peaceful, saying that there was only “one incident of looters downtown” and the situation was handled quickly.

Jones was also filmed convincing two young men to hand over their cans of spray paint in the middle of a protest and received widespread praise from the MMA community and beyond.