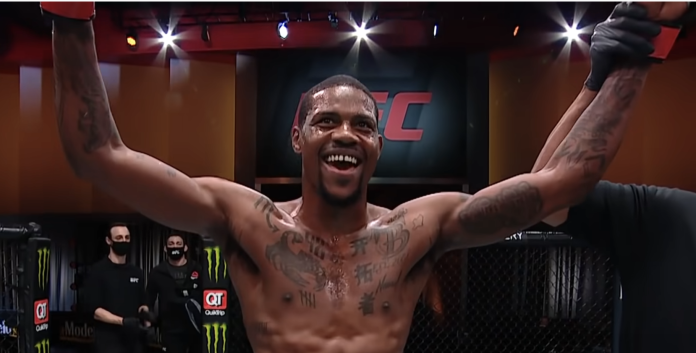 In the spirit of Batman’s theatrical release, UFC’s Kevin Holland is yet again fulfilling his vigilante quota. This time, by stopping an active gunman inside a Houston Restaurant.

In the late hours of Monday night, inside a local Houston restaurant, a gunman reportedly opened fire on a crowd of 40-50 people. Per Ariel Helwani, Kevin Holland and 2 others sprang into action to detain the gunman until authorities arrived and placed the shooter under arrest. No one was injured, including the gunman.

The incident comes just months after Holland chased down and stopped a carjacker in a Texas neighborhood. Apparently, he’s finding a niche for this sort of thing. Either way, the people of Texas must be grateful for his community service.