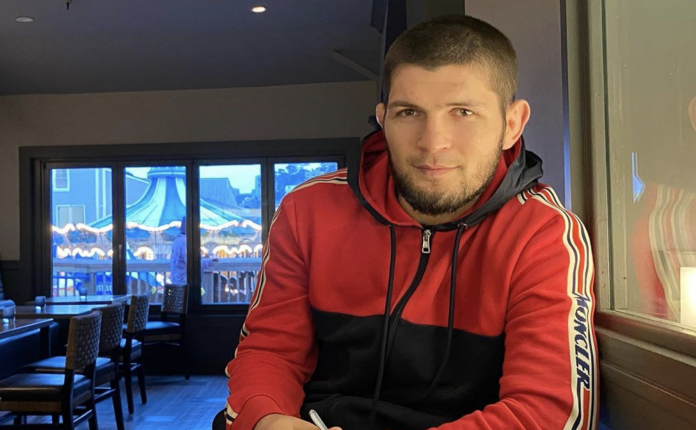 Dana White has offered Khabib a grappling match, but The Eagle is sticking to retirement and declined White’s offer.

Khabib has been retired since his last fight in October of 2020 when he faced contender Justin Gaethje for the undisputed UFC Lightweight Championship at UFC 254. Khabib won the fight by triangle choke and put Gaethje to sleep, earning a Performance of the Night bonus and retaining his championship status.

Dana White made the statement on CBS Sports Radio’s ‘The Jim Rome Show’ earlier this month when asked about Khabib’s potential return,

“No, Khabib is retired. It’s funny that you asked or it’s weird that you asked me that question, actually. I just reached out to him recently to see if he’s interested in something and he was like, ‘I’m retired, brother. I’m done.’ I don’t think Khabib ever comes back… I was trying to do something different. I was trying to do a grappling match… I think that when his father passed away, that was a wrap for him and he’s just focused on training other guys and helping them become world champions.”

Khabib is still just 33 years old and holds an undefeated MMA record of 29-0. His name is often mentioned in the GOAT argument, but the common argument against him is the abrupt ending to his career without fighting against a large portion of the division’s top contenders.

His retirement came after the passing of his father and coach Abdulmanap Nurmagomedov just months before his final fight.

Since retiring, Khabib has focused his sights on coaching and starting his own MMA promotion, Eagle FC. He currently has 3 cousins fighting professional MMA and his close friend Islam Makhachev is a top contender.

Recently, Georges St-Pierre announced that he would be open to a grappling match against Khabib, but that window seems to be closed.