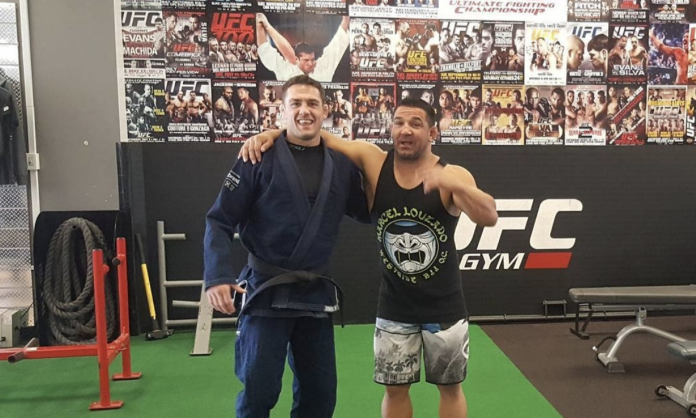 Luke Adams of Orange County, California has passed away after suffering from Stage 4 Colon Cancer at just 35 years old.

He was a lifelong martial artist with a Black Belt under Marcel Lozano, and a long professional MMA career that began in 2006. He leaves behind a family of teammates, students, and loved ones from all over the world.

Most recently, Adams was teaching at the Bankok Fight Lab in Thailand, but his career had brought him practically everywhere, including Reign Training Center, La Boxing, and Cho’s Academy in Laguna Beach, CA- just to name a few. He was friends and training partners with fighters such as Mark Munoz, Mike Diamond, James Wilks, and more.

Adams built a reputation through-out his MMA career for always being game to take on a fight. As a result, his record initially started off at 1-4, with 2 losses being close Split Decisions where a robbery argument could be made in his favor. As a natural featherweight, he practically never fought in his own weight class, telling mmasucka.com, “For years, I haven’t had a fight in my natural weight class. I was only getting offers at 155(-lbs) and these guys were usually either champions in the promotion, or were getting ready to go to Bellator or the UFC,”

His longtime teammate, student, and mentee Jason Youseph shared a statement in memory of Adams, and it becomes incredibly clear what an impact this man had on the people around him and the communities he served,

Luke began his career in MMA and holds an extensive MMA record. He has trained under legendary UFC veterans, Michael “The Joker” Guymon, Mark “The Filipino Wrecking Machine” Munoz, James “Lightning” Wilks, and many more.

Luke was an inspiring student of the art, an amazing coach, and a great leader. Luke was a world traveler, who fought all over the world from MMA, to Muay Thai, to Jiu Jitsu.

Luke truly lived an amazing life. He lived his dreams and never had regret, he shared his passion with thousands of people, he helped make a positive effect in so many people’s lives all around the world from his students in Thailand to all the way back home in California. Because of him so many other people became their best version of themselves.

Luke was a true warrior! A Lion of Lions! A Good Samurai!

Luke truly was an amazing instructor. He over achieved every class he taught. He would stay later with his students, and never turned his back if a student asked for help. He made sure you will always leave better than when you came in.

Luke unfortunately was diagnosed with colorectal cancer at the start of the pandemic couple years back at the time he was living in Thailand and when he came back state side it has been an uphill battle.

Luke truly embodies a True warrior spirit. He never says no, He always brings the action and would never back down from a challenge win or Lose or learn. He fought all the way to the end.

Today God calls back one of his greatest warriors. I know Luke is wanting us all to get in the gym and keep training because he would want us all to keep moving forward as he would have.

Until we see you again my friend!”

We at Jiu-Jitsu Times send our thoughts and prayers to Adams’ loved ones.