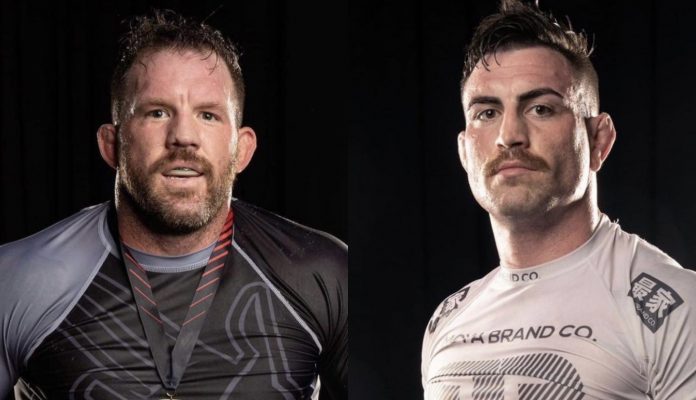 It seems like just days ago that Mason Fowler defended his Submission Underground title against Olympic gold medalist judoka Satoshi Ishii at SUG 19, probably because it was just days ago. But if you thought that was the end of SUG events for 2020, you were mistaken.

The promotion has announced that we’ll be seeing one more event from them this year, which will be headlined by another title match. This time, Fowler will be facing off against Bellator heavyweight champion Ryan Bader, who himself defeated Anthony “Rumble” Johnson at SUG 19. The event will take place in just a week on December 30, meaning just ten days will have passed between SUG 19 and SUG 20.

They won’t be the only two SUG athletes making a fast turnaround after last weekend. Both Ishii and former SUG champion Craig Jones (who submitted Brent Primus at SUG 19) will be coming back for a match against each other as well.

The third match announced for the event will be between UFC veteran and currently Rizin light heavyweight fighter CB Dollaway and 10th Planet star Richie Martinez, who’s on a two-match winning streak for the promotion after defeating Kevin Casey and Ben Egli at SUG 16 and SUG 17, respectively.

The full card for SUG 20 is expected to be released soon, and we’ll keep you updated with any news of big matches added to the card.

Submission Underground 20 will take place on Wednesday, December 30 and can be streamed live on UFC FightPass.