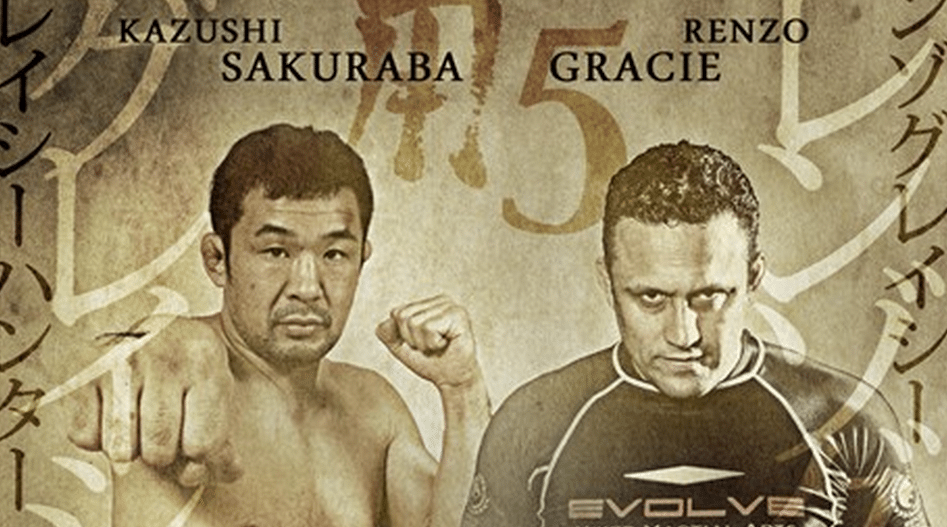 In the past year, I have attended multiple Jiu-Jitsu tournaments as a both a participant and to support my teammates who were competing. Usually, I am there 3 to 6 hours at an event to watch roughly 30 to 60 minutes of my teammates’ matches. So there is plenty of downtime where I will be watching random matches with a teammate and ask him or her “wanna bet ’10 push ups’ on this match?” It is a fun way to make an otherwise random and uninteresting match worthwhile and entertaining. Just for the record, I was down 140 push-ups at the 2013 Masters/Seniors Worlds, so I definitely lack a keen eye for BJJ talent.

The global sports culture has always embraced sports betting. When I was in Lumpinee Stadium in Bangkok to watch Muay Thai fights, there was a large section in the stands dedicated to gambling on the fights that was the by far the loudest and most enthusiastic area of the building. The sport of horse racing and its revenue streams are built entirely on gambling revenue. Without gambling in horse racing, it would be a very boring and monotonous afternoon at the track. The gambling aspects of the sport generates both fan and media interests for the major events like the Kentucky Derby.

As Metamoris has grown, it is natural that the Vegas odds makers would take interest in the event. I believe gambling could help grow both Metamoris and Jiu Jitsu. Gambling on the sport, requires a bettor to learn about the sport and its athletes to make educated betting decisions. When I am in Vegas, I will usually research the records of the fighters on the UFC card, the teams in the NCAA tournament, or the injury list and weather for the NFL game before placing my bets. If gambling could elevate the status and attention of a rather pedestrian sport like horse racing, it could like do similar wonders for the sport of Jiu Jitsu.

Before I digress any further, here are the Las Vegas betting odds for Metamoris, courtesy of www.betdsi.com. Gambling odds for combat sports betting is based on your returns for betting $100 or getting $100 back. For instance, if a fighter’s odds are +500, they are a heavy underdog and if you bet $100 on the fighter, you will get $500 back from the sports book. On the flip side if a fighter is heavily favored at -500, you would have to bet $500 to win $100.

From the Metamoris countdown videos, Renzo looks a young 47 years old and still full of life and enthusiasm, whereas the years and tolls of a lifetime of combat, smoking, and drinking definitely show on the 45 year old Sakuraba. The last time these two men met up was in Pride 10 in 2000, when Sakuraba caught Renzo in a kimura with seconds left in the match, breaking Renzo’s arm. Vegas is betting on a draw for the highly anticipated rematch, with the a line of -225 in favor of a draw. The odds slightly favor Renzo finishing Sakuraba as he is a +365 compared to Sakuraba who is +485.

Metamoris has not been kind to top level MMA fighters. Kron Gracie finished Shinya Aoki in Metamoris 2 and Andre Galvao did the same to Chael Sonnen in Metamoris 4. Maybe Brendan Schaub’s strategy against Cyborg really did make sense after all. Rory McDonald is the latest MMA fighter to dip his toes in the deep waters of Metamoris as he squares off against 2013 World NoGi Black Belt Champion JT Torres. MacDonald has dominated solid grapplers like Nate Diaz, BJ Penn and Tyron Woodley in MMA with his striking skills, but this is submission grappling where Torres dedicates his life. The Atos product, Torres, is a -226 favorite to finish MacDonald who is a heavy underdog at +798. The odds for a draw are +226. Any bets on what Rory’s walk out song will be?

If it was a mustache contest, then Garry Tonon would win by a landslide. If it were a drawing match, then the odds would favor Zak Maxwell. Tonon has emerged as the people’s champion since his exciting match against Kron Gracie in the 2013 ADCC tournament. Since then, he has been on a tear in the nogi sub only circuit, winning the first Eddie Bravo Invitational and defeating Kit Dale at Metamoris 4. Maxwell, who trains out of Gracie Humaita in San Diego, battled to a draw in a gi match against Sean Roberts at Metamoris Maxwell also owns a victory against Kron Gracie in the gi. This match will be a NoGi match which favors Tonon’s fast paced style compared to Maxwell’s slower, pressure based game that would be favored in friction heavy gi matchup. Vegas is leaning towards a draw with a line of -155. If it were to end in a finish, Tonon is slightly favored over Maxwell at +222 to +389.

Vinny Magalhaes is a well known and respected veteran of both the MMA and grappling scenes. In grappling, the Las Vegas based Magalhaes has won an IBJJF World NoGi Black Belt championship in 2007 as well as the ADCC Heavyweight title in 2011. In MMA, he is a UFC veteran and is the current Titan FC Heavyweight Champion. Matheus Diniz stepped in as a last minute replacement for Kevin Casey after Casey was injured in training days before the event. Diniz is a very accomplished Brown Belt competitor, training under the guidance of one of the all-time greats Marcelo Garcia. He recently won the 2014 World NoGi Brown Belt Championships at the Heavyweight Division. An interesting stipulation in the match is if Diniz taps Magalhaes, he will receive a $10,000 bonus, which is an amazing incentive for Diniz to push the pace and go for the kill against the much more experienced Magalhaes. Due to the gap in experience, Magalhaes is the very heavy -797 favorite in the match. If you bet a $100 on Diniz, you will get +1256 back. The odds for a draw are +156.