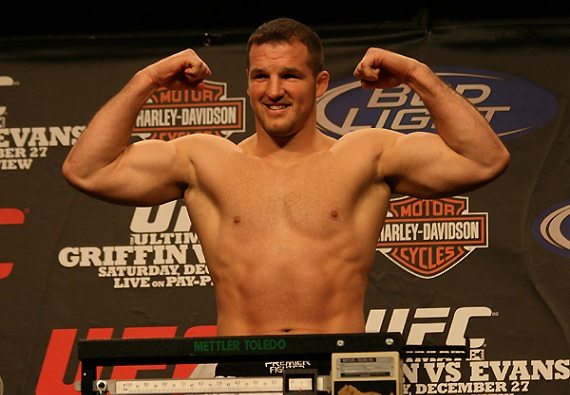 Mixed martial artist Matt ‘the Hammer’ Hamill turned guardian angel by saving an infant traveling in a car with an unconscious woman at the wheel. Driving to New York, Hamill came across a car that was being driven in the wrong direction, which led him to suspect that something was amiss.

The mixed martial artist decided to turn his truck around and follow the erratically-driven vehicle. After catching up the car, Hamill used his truck to reduce the car’s speed before bringing it to a complete halt.

Unable to open the car’s door, the Hunter made good use of his strength to break the car’s windows with his bare fist. That is when Hamill, to his surprise, discovered an infant in the back seat and an unconscious female driver at the wheel. It is clear that the occupants of the car would have ended up in a fatal accident had it not been for the timely intervention of the Hunter.

Confirming that the female driver passed out at the wheel was under heavy influence of alcohol and drugs, the police authorities have placed her under arrest. Hamill’s illness, which was the primarily reason behind his withdrawal from his participation in the light heavyweight title eliminator bout in Arizona, proved to be a good thing for the baby that, otherwise, may not have survived the car ride.

Hamill was driving to New York after having withdrawn from the bout against Thiago Silva in Phoenix, Arizona. The born deaf MMA celebrity showed remarkable presence of mind by deciding to pursue the oddly-driven vehicle and bring it to a halt. The fact that he managed to stop the car without causing injuries to its occupants makes his effort even more commendable.

Despite his reputation for being a tough fighter who settles for nothing but complete domination over his opponent, news reports with headlines like ‘Matt Hamill saves baby on highway’ highlights the responsible citizen present under the image of an aggressive MMA fighter.

It happen on the way to Ohio to see my family for Easter. http://t.co/mRAuqv0xbE