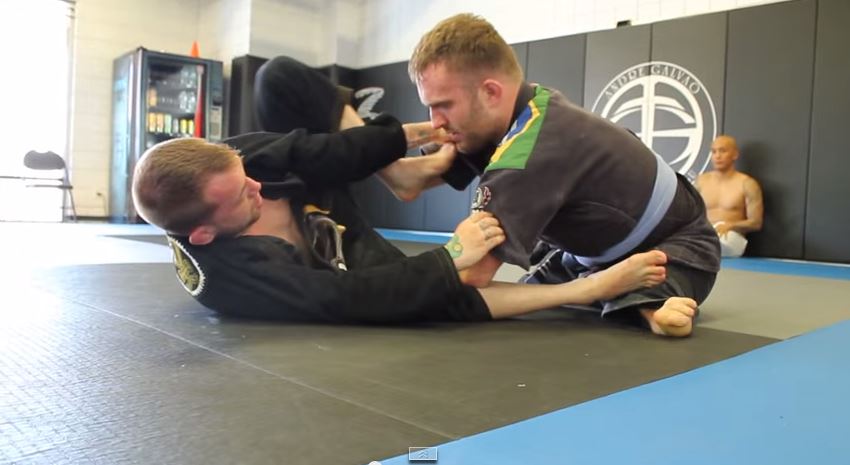 Kyle Maynard has long been an inspiration to many people with his “No Excuses” motto for life. He was born as a congenital amputee without fully developed arms and legs, but never allowed his condition to limit his possibilities in life. As a youth growing up in Gwinnett County, a suburb of Atlanta, Kyle participated in football and wrestling. Kyle made an impressive run in the Georgia State High School wrestling tournament during his senior year, after starting out his career on a 35-match losing streak.

His persistence, perseverance, and unbreakable spirit has catapulted him into a best selling author, cross-fit gym owner, and sought after public speaker. Additionally, he has also traveled the world and climbed to the top of Mount Kilimanjaro. While attending the University of Georgia, he started training MMA and BJJ with the Singer Brothers at the Hardcore Gym and moved on to train with Renzo Gracie Black Belt Paul Creighton. His training led to an amateur MMA fight which was chronicled in the ESPN documentary A Fighting Chance, which is available online on Netflix.

His interest in grappling and jiu-jitsu drove Kyle to relocate to San Diego, California in 2014 to train with Andre Galvao and the Atos Team, which is regarded as one of the top BJJ teams in the world. Kyle competed in the Blue Belt Adult Divisions at the NoGi Pans and NoGi Worlds this past Autumn, defeating a member of Marcelo Garcia’s team in the first round of Pans, before losing a referee’s decision in his second match. At NoGi Worlds, he lost a controversial match in the first round where he pushed the pace of the match, but didn’t receive points for take downs he scored on his opponent.

With roughly 100 days to go before The Mundials in Long Beach, California, Kyle Maynard has announced that he will start training to make a run at becoming a World Champion in the Gi. Kyle posted this message on his Facebook Page.

I need your help with something. I’ve never used social media in this way, but I need a major dose of accountability. These are my “before” pics, with no guarantee there will be an “after” pic unless I work my butt off for it. To be clear, I don’t think I’m in bad shape, but I’m not in the kind of shape I need to be in order to become a world champion. So to better ensure there will be an “after” pic and that I will be on top of that medal stand, I’m posting this commitment to you: I will be training everyday for the next 100 days. Even on rest days I’m going to do something to make it an active rest day — i.e. swimming, yoga, beach lunges, etc. — and I will post something every single day, to stay accountable to you. I’ll be posting here on IG and some to Facebook/Twitter. In about 100 days I’m going to be fighting in the Brazilian Jiu-Jitsu World Championships. It’s incredibly important to me, as well as important to my team, that I do everything in my power to win this thing. I’m pulling out all the stops to prepare and I believe you are the biggest advantage I have. Giving you my word that I’m going to do this, means I have to follow through and do it. Thank you so much for your support. We’ll do this together. #noexcuses #noweakness#strongertogether #ATOSBJJ #bjj #roadtoworlds

Kyle is a true inspiration in BJJ and in life. BJJ is a lot like life; there are highs and lows, progress, plateaus and setbacks. Our happiness, quality of life, and success is based on our spirit and how we deal with life’s difficulties and disappointments. In his approach to life, Kyle has pushed forward through the adversities and never backed down from a challenge or let naysayers deter him from his goals.

If you are wondering if you are too old, too out of shape, or not athletic enough to train BJJ,  let Kyle and his “No Excuses” mentality inspire you to test yourself and reach your human potential. He is testament to what a strong heart, soul, and spirit can accomplish in all aspects of life.

Here are additional videos of Kyle and his inspiring triumphs in BJJ and life.

First Round Match at 2014 NoGi Worlds