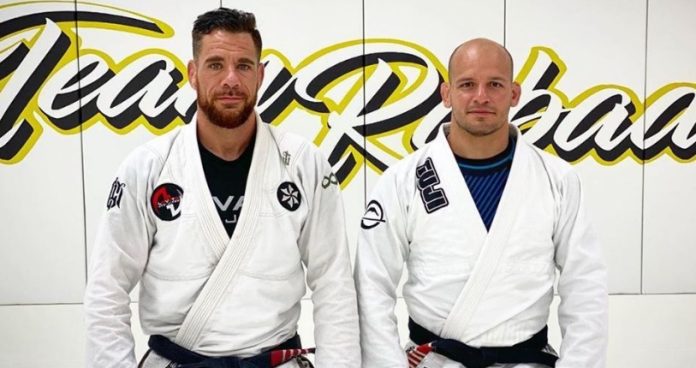 Two legends hung up their belts for IBJJF Worlds this past weekend, but where can we expect to see them competing again?

Rafael Lovato Jr. gave some clarity on his return, and confirmed that he’s still set to compete at ADCC later this year, “This is just my last Worlds. I’m going to be doing ‘Masters 8’ one year.. I gave everything I had to jiu-jitsu and in return it gave me everything back. It’s just a lot of emotions, but I left it all on the mats. Babies are due august 5th. I’m having twins… Now it’s time to be a dad. We’ll see how things go. Maybe one day I’ll get the itch, try one more time. But probably not. I still have ADCC this year so I’m going to keep the rhythm.”

Lovato has won IBJJF Worlds in the gi and nogi, as well as Pans, IBJJF European Open, and was the first non-Brazilian to win the CBJJ Brazilian Nationals. When you include a lengthy MMA career, his body must be grateful for the rest.

Ribeiro has been a dominating force in jiu-jitsu for 2 decades. After 5 IBJJF World Championships and 2 absolute titles, he seems to be making the transition from competitor into full-time coach a  “31 years competing, 25 years competing [Worlds]. It’s time to walk away… Now I just gotta be ready and coach the guys. That’s what I have to think about.” His resume also includes 2 ADCC World Championships, and multiple silver and bronze medals at both IBJJF and ADCC Worlds.

Both legends will be greatly missed, and we look forward to their contributions in the future.