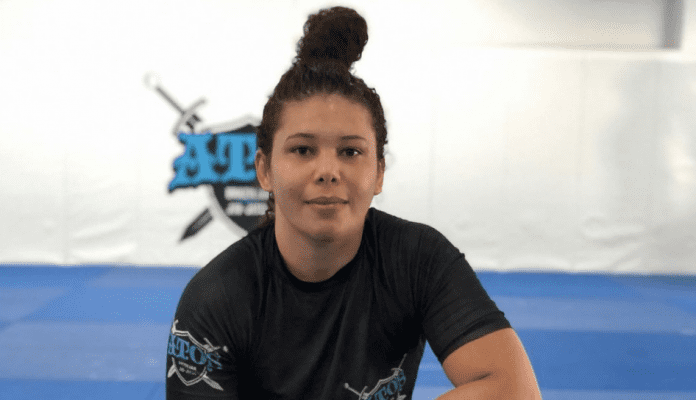 This year’s IBJJF No-Gi Pan American championships saw an impressive run in the open weight division from Vanessa Griffin and Rafaela Guedes. The two made it to the finals to determine who would take home gold, and Guedes put on a dominant performance to win the title just months after earning her black belt.

Guedes began the match by scooping up a single-leg on Griffin. Though Guedes managed to keep her opponent’s leg trapped between her thighs at first, Griffin eventually broke away. It didn’t take long, however, for Guedes to find an opening for a body-lock grip, which she used to secure Griffin as she tripped her and took her to the ground. In seconds, Guedes took Griffin’s back, sunk in her hooks, and slapped on a rear naked choke. Griffin tapped, and Guedes was declared the winner of the absolute final.

The finish marks Guedes’ second big Pans performance this year. Back in October, she competed in the gi at the 2020 IBJJF Pan American Championships and made it to the finals to close out the open weight division with her teammate Luiza Monteiro.

You can watch this match and many more as this year’s No-Gi Pans stream live on FloGrappling.