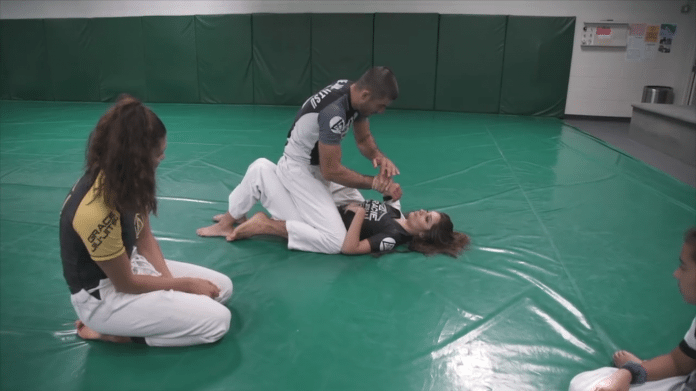 Two years ago, Naomi Johnson, then 14, was brutally assaulted by five girls on social media — girls who were supposed to be her friends. The incident devastated her family and caused her to drop out of school.

The video of her being beaten also went viral, and two of the people who saw it were Rener and Ryron Gracie, the owners of Gracie University in Torrence, California. They were so horrified by the incident and took such pity on poor Naomi that they offered to fly her and her family to California so they could teach her self-defense.

Though originally reluctant to accept the offer, as they were still shaken up by the incident, the Johnsons eventually accepted, and it proved to be a life-changing experience.

According to Gracie Breakdown:

Not only did Naomi learn jiu-jitsu and regain the confidence that was shattered on that fateful July evening, but, with the help of Eve & Victoria Gracie, she learned the most important self-defense skill that one must use with bullies, friends, and especially bullies who call themselves friends.

The Gracie and Johnson families have also bonded. For more gracieacademy.com

Check out the video below to see how Rener and Ryron Gracie helped turn Naomi Johnson’s tragedy into triumph: