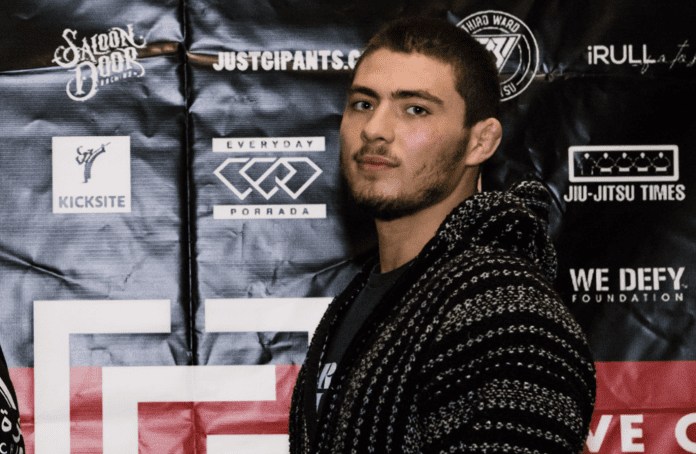 Roberto Jimenez defeated Manuel Ribamar in the first round of 3rd Coast Grappling: Kumite, and his performance against skilled brown belt Pedro Marinho (who defeated fellow brown belt star William Tackett in round one) was equally as impressive.

Jimenez immediately pulled guard and tried to hook the leg, eventually inverting and working for a kneebar while Marinho tried to counter with a toehold. Marinho went back to trying to pass Jimenez’s guard and very nearly succeeded, but Jimenez managed to keep a knee in and prevent the pass. Jimenez then came close to taking Marinho’s back, though he was unable to secure the position, and the two returned to Marinho trying to pass Jimenez’s guard. Jimenez then worked his way up to Marinho’s shoulders and worked for an armbar while Marinho remained on his feet.

The competitors then went to the ground, Jimenez still holding onto the armbar. Jimenez got the tap and will move on to the finals.