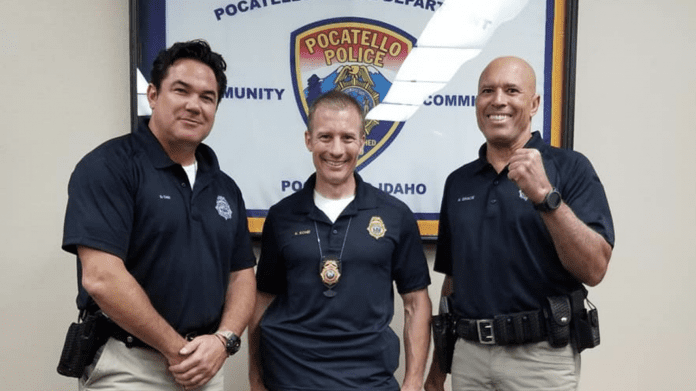 Well… that sure is something.

UFC 1 champion and legendary BJJ black belt Royce Gracie has become a reserve officer for the Pocatello Police Department. The retired MMA fighter was sworn in last week and made the announcement via Instagram yesterday evening.

Gracie graduated the program alongside former Lois & Clark actor Dean Cain.meaning that if you’re in Idaho, you could potentially get arrested by Royce Gracie and SUPERMAN.

Despite living in LA, both men earned their badges in Idaho through the Crimes Against Children Foundation (CACF). According to their website, the CACF aimes to combat cyber crimes against children and human trafficking by coordinating with local law enforcement.

Commenting on the current protests against police officers in America, Gracie gave the following statement to Bloody Ellbow.

“What I heard from the chief today, these guys are heading in the right direction. But they have been doing it right in this area for a long time already. This is not something new for them. Because one officer screws up doesn’t mean that all of them are bad. We are all humans. We have to have trust in the system.”

Since retiring from competition, Gracie has been very vocal in his support of Both military and law enforcement.

Hopefully a continued focus on grappling will expand to all police departments.