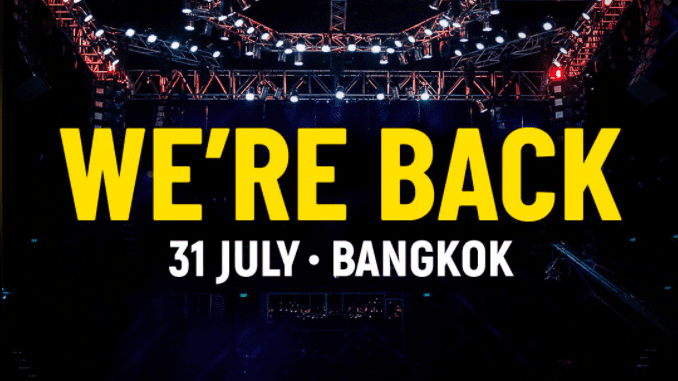 ONE Championship has announced a date for its first main-roster event since the COVID-19 shutdowns.

In a social media post, the promotion revealed that its first big event in months will take place on July 31 in Bangkok, Thailand. ONE Championship CEO Chatri Sityodtong also shared on Twitter that the event will be titled “ONE: No Surrender.”

The news comes on the heels of the smaller ONE: Hero Series 13 and 14 cards, which took place in China last weekend.

This is a newly announced development, and details — including athletes and a specific venue location — are still sparse, this is a bit of good news for fans of the promotion and martial arts in general.