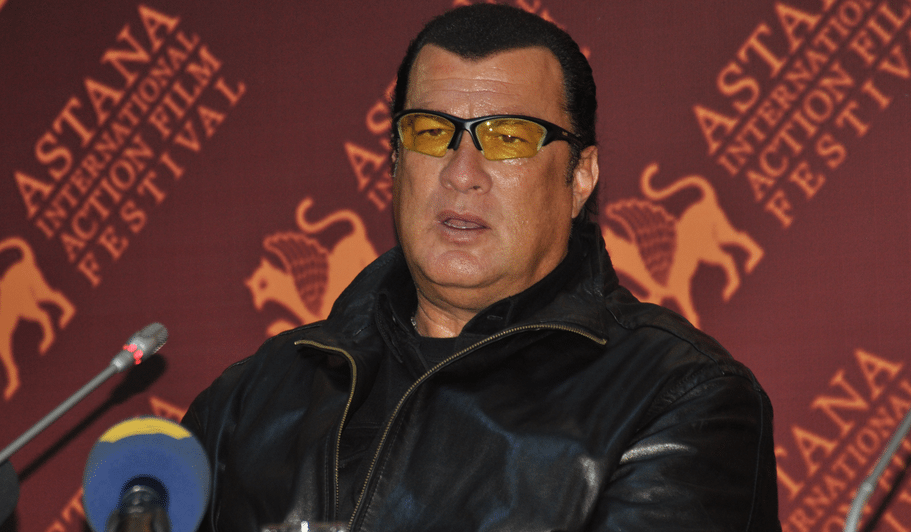 Steven Seagal sued for sexual harassment. According to court papers, Kayden Nguyen, a 23-year-old former model, is filing a $1 million lawsuit against Steven Seagal for alleged sexual harassment, failure to prevent sexual harassment, sexual trafficking, false representation about employment, retaliation and wrongful termination. Nguyen claims Seagal hired her as an assistant, but he used her as a sex toy instead. Seagal’s attorney, Marty Singer, did not respond to the questions about Seagal’s reaction. However, he issued a written statement that said the lawsuit was a ridiculous and absurd claim due to a resentful fired employee.

Two other women have given sworn declarations to help Nguyen’s lawsuit. One of the women is Blair Robinson, Ray Charles’ granddaughter. Both women had worked on the set, but they soon quit after Seagal allegedly made inappropriate sexual advances toward them. Marty Singer denies these accusations as absurd and says that the actor does not even know these women. Furthermore, Singer added that Nguyen’s attorney prepared these declarations to leak them to the media and bolster claims that lack evidence.

Kelly LeBrock, Seagal’s ex-wife and former model, was asked if Seagal ever raped her. While she said that she was constantly raped and abused her whole life, she also said that she had a life before and after Seagal. LeBrock and Seagal married in 1987 but divorced in 1996 due to irreconcilable differences. They have three children together, and all of them live with their mother in Santa Barbara County.

Kayden Nguyen accuses the actor of sexually abusing her three times, and in one situation, she had to escape Seagal’s home in New Orleans. Nguyen claims Seagal keeps two Russian attendants who have to be ready for him at all times. Nguyen came into Seagal’s employment after reading an advertisement for executive assistant. On her first day at work, Nguyen claims Seagal asked for a massage and the sexual advances followed. The lawsuit claims that Nguyen’s colleagues for the production company refused to address her complaints and turned a blind eye.

Nguyen left Seagal’s employment in February, and she claims that her personal effects were not returned to her because she refused to sign documents that said she would not take legal action against Seagal. Nguyen filed the lawsuit in Los Angeles County Superior Court, but Seagal, an actor who has starred in more than one hundred films, has never released an official statement addressing the complaints against him.