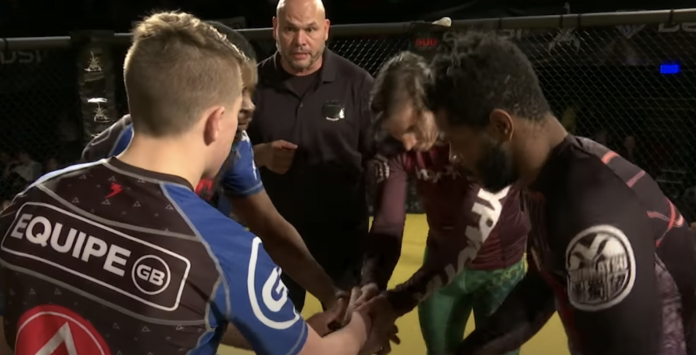 After a busy end of 2020, Submission Underground is back this year with a tag-team event set to take place at the end of March.

The promotion has announced that UFC bantamweight fighter Ricky Simon and SUG veteran John Simon will be competing at SUG 21 at a combined weight of 320 lbs. Ricky is a BJJ brown belt, while John is a purple belt. SUG is still on the lookout for competitors who could be a good match for the Simon duo.

John most recently competed at SUG 20 on December 30, taking home a win against Charles Gilpin via submission. This will be Ricky’s promotional debut.

While tag-team jiu-jitsu is still finding its feet in the industry, this certainly isn’t the first instance of it, even for Submission Underground. The promotion last held a tag-team event at SUG 11, which saw Kyle Boehm and Vinny Magalhaes defeat the team of Craig Jones and Nicky Rodriguez.

There are still plenty more matches to be announced for this event, so keep an eye on this space.

SUG 21 will take place on Sunday, March 28 and can be streamed live on UFC Fight Pass.