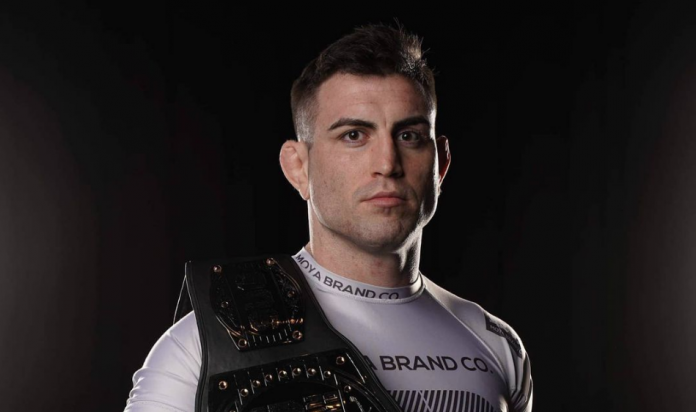 The first Submission Underground event of the year saw successful title defenses from both the female and male absolute champions.

Loewen jumped closed guard as Modafferi went for a takedown. Loewen worked on breaking her opponent’s posture first, then managed to underhook a leg as Modafferi went to move to her feet. Loewen then went for a triangle, and Modafferi defended immediately and threw her opponent’s legs to the side to pass her guard. Loewen briefly managed to recover guard by turtling up and inverting, but Modafferi again got past her legs. Loewen recovered closed guard with about a minute left. Though Loewen tried to bump Modafferi over for a sweep and Modafferi tried a last-second attempt to pass, the match moved into overtime.

Loewen won the coin toss, but deferred to Modafferi, who started OT in the spiderweb. Though Modafferi made a good attempt at an armbar, Loewen escaped in 28 seconds.

Loewen also began in the armbar, hooking the leg when time started. She gave Modafferi little wiggle room, and she ultimately got the arm extended for the tap in 59 seconds.

Amanda Loewen was declared the winner by armbar in OT and retained her SUG absolute title.

Martinez immediately pulled guard, nearly managing to sweep Fowler as the champ moved in to pass his guard. Fowler stayed low and tried to knee cut past Martinez’s guard, persistently keeping a hand on his opponent’s head. With under two minutes to go in regulation, Fowler got past Martinez’s guard to move into side control, trying to isolate an arm. The clock was winding down, and Fowler managed to break Martinez’s defensive grip to extend Martinez’s arm, getting the tap with just nineteen seconds to go in regulation.

Mason Fowler was declared the winner via armbar at 4:41 and retained his absolute championship title.