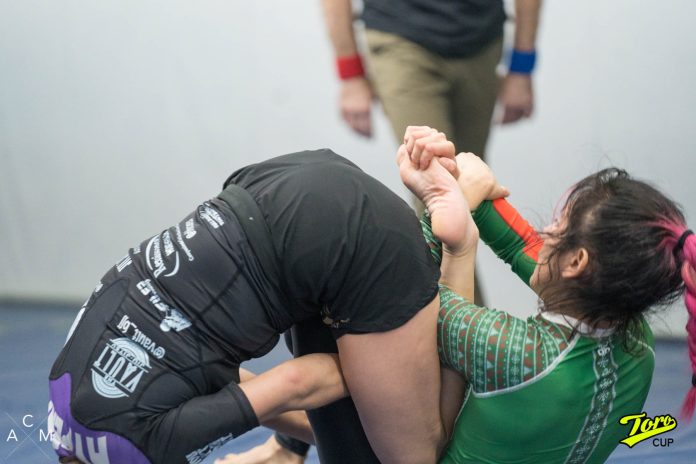 Toro Cup is a full day of Jiu-Jitsu superfights in Durham, North Carolina where half of the proceeds earned in ticket sales directly benefit a charity or an individual in need. Toro Cup was founded by active Jiu-Jitsu competitors who saw a demand for local superfights and an opportunity to give back. The event involves top-tier local talent as well as popular competitors in the Jiu-Jitsu scene, including Joao Miyao, Ethan Crelinstein, Nicky Ryan, and UFC MMA flyweight Miranda Maverick. The organization is currently run out of the same facility that houses Cageside MMA and Toro BJJ, which is the predominant leader in producing local Jiu-Jitsu/MMA fight gear.

Competitors apply for a chance to compete on Torocup.com, from where they will be considered for a match. As active competitors, the matchmakers have extensive knowledge of the local, national, and international competitors and pair opponents to ensure matches will be fair, entertaining, and enjoyable for all. The rules format is a timed “submission-only” which transitions directly to points, then over time, where the winner is the first to score. In over 400 matches, there has always been a decisive winner. There are no referee or judge’s decisions. There are title matches for championship belts, cash bonuses for quick submissions and the roars and excitement from the crowd say it all.

The beneficiary for Toro Cup is an organization that holds a special place in the community’s hearts or an individual in the community that has recently endured hardships. Through 18 Toro Cups, the event has donated over $40,000 to various organizations and individuals. Previous beneficiaries include individuals who have battled cancer, suffered strokes, survived domestic violence, veterans, people undergoing financial hardships, as well as organizations like local animal shelters. Toro Cup 19 on February 5th, 2022 will benefit BJJ brown belt, Amber Agee.

Amber recently suffered a catastrophic training injury while preparing for Pans. She will require several surgical procedures due to the severity of the damage to her leg and knee.  Amber’s pet grooming business, Pet Provisions, has also been severely affected due to her injury. Not only is Amber a pillar of the local Jiu-Jitsu community and a frequent competitor in the IBJJF, but she has also competed in ten previous Toro Cups, helping to raise money for someone else in need. It is now our turn to help Amber.

Toro Cup would not be possible without the generosity of sponsors, the matchmakers who work diligently to set up matches, the amazing athletes who come together to put on an exciting show, and the spectators who come to support the event. It is incredible to witness the hundreds of people who come together to bring positivity to the local community.

Apply today to sponsor and/or compete in Toro Cup. Attend the events for an opportunity to spend time with the Jiu-Jitsu community while watching exciting matches or tune into the live streams to show support. Follow Toro Cup on social media to stay up to date on fight announcements and exciting updates. The motto and meaning behind every single Toro Cup remain true, even 19 events later, and is what distinguishes it as one of the most honorable competitions to participate in. Live to Roll, and Roll to Give.