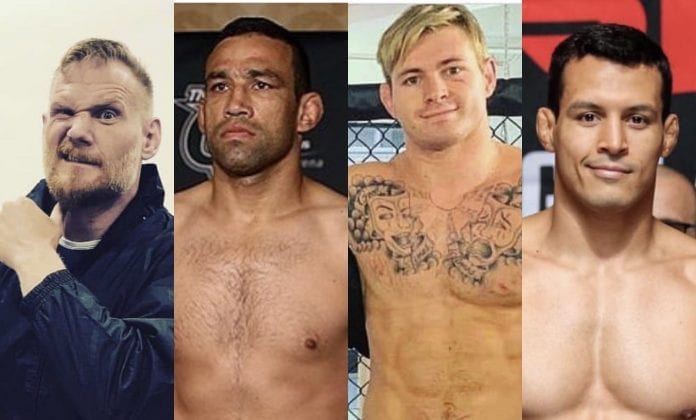 Literal heavy hitters Josh Barnett and Vinny Magalhaes have been confirmed for the Combat Jiu-Jitsu Fight Night championship tournament in Monterry, Mexico. The event, slated for February 22, will also feature the combat BJJ debut of Gordon Ryan in a matchup against UFC veteran Fabricio Werdum.

Former UFC heavyweight champion “The Warmaster” Barnett steps into the CJJ ring following a winning streak overseas in catch-wrestling and an appearance at Quintet. Brazil’s Magalhaes is currently part of the Professional Fight League roster, most recently defeating Bozigit Ataev by flying triangle.

Combat jiu-jitsu is a marriage of grappling and open hand strikes. Palm strikes signifying places where more devastating elbows or punches could have been placed.

Just to be clear @VinnyMMA never agreed to do combat Jiujitsu Vs @JoshLBarnett or @FabricioWerdum or Gordon Ryan. I know @eddiebravo announced it but Vinny is fighting for a million dollars for PFL this is his number one focus #leglocksdontwork