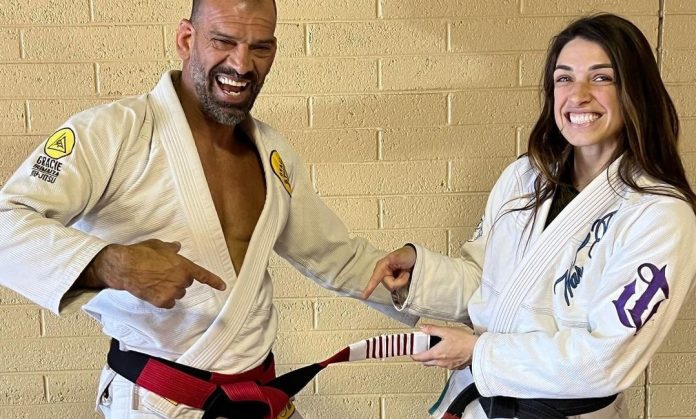 Megaton received his Coral Belt from Royler Gracie at Gracie Humaitá Temecula with friends and family in attendance this weekend.

Megaton has been a world class black belt competitor since 1996. He competed in the first 16 consecutive World BJJ Championships. His nickname, ‘Megaton’, was earned due to the loud sound that comes when he slams his opponents. His daughter, Mackenzie Dern, is an ADCC world champion, IBJJF world champion, and the #5-ranked UFC women’s strawweight fighter. She was also in attendance at his promotion.

A true contributor to the game out of Rio de Janeiro, he is largely responsible for the BJJ footprint in Phoenix, Arizona.

Congratulations to the legend!