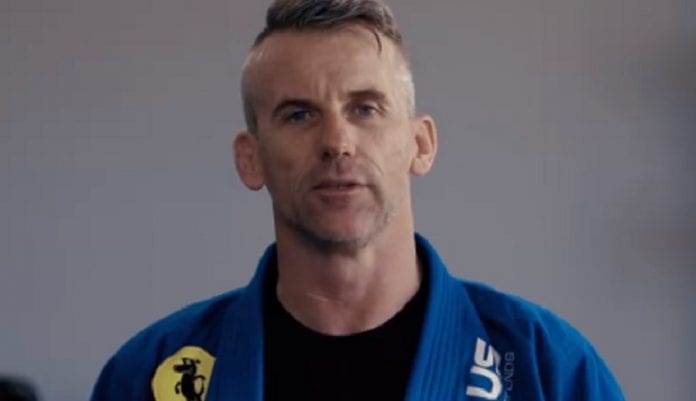 If you’ve ever wanted to know what the Guinness World Record is for the longest consecutive rolling session, well, Damian “Obi” Todd is about to set it. The 47-year-old jiu-jitsu athlete is just over a month away from attempting to roll for 24 hours straight in order to raise $100,000 AUD for mental health awareness and suicide prevention, and if he succeeds, his achievement will very literally go down in the books.

Obi, a blue belt who trains at Chau Kaizen in Adelaide, Australia, has certainly earned his Jedi-inspired nickname. A (very) avid Star Wars fan, he’s fought his fair share of battles, both literally and figuratively. He served as a Marine in the UK for 22 years, fulfilling multiple roles during his time serving. He then moved to Sweden for work before coming to Australia about five years ago, where he met the woman who would become his wife (who also trains) and started the sport that would change his life.

“I’d watched UFC for many years before and was just fascinated by it,” he told the Jiu-Jitsu Times. His interest led him to start training at SABJJ in 2014 and thrived, earning his blue belt ten and a half months in. But an injury at the South Australian Jiu-Jitsu State Championships brought his progress to a screeching halt. A spinal injury stemming from his neck left his discs squeezing his spinal cord, removing the feeling in his legs and lower half and causing his body to shake.

For Obi, the injury was more than just physical. He’d come to Australia with mental health problems after his time in the military, saying that he had a “breakdown” in late 2008 to early 2009. Jiu-jitsu had been helping him cope, and now, he was faced with the potential for a future without it. “I was terrified,” says Obi. “BJJ was important to me, and I’d have to give it up to have spinal surgery. My surgeon was actually a blue belt, and he knew what I was going through. I struggled. I wasn’t going to be able to train, so I thought, ‘What now?'”

Obi was thankfully able to return to the mats, though he still has to be careful with his neck. His injury, however, solidified the importance of jiu-jitsu in his life, and he decided that he wanted to help others find that same peace through the sport. A year ago, he began to think of a plan that could simultaneously help people struggling with mental illness and suicidal thoughts while also potentially sparking a love for jiu-jitsu in those who may have never tried it.

Now, Obi’s plan is coming together, and on February 22, he’ll be relying on fellow jiu-jitsu practitioners to volunteer to “Roll Around the Clock” at all hours of the day and night to help him achieve his goal. He’s serious about the Guinness World Record, too — in order to make it official, he’ll have to adhere to strict requirements, including keeping a logbook, having timekeepers and referees on hand at all times, and filming the whole event and saving it on a hard drive. He also can’t roll with the same person twice in a row.

“If it doesn’t meet the world record, though, it’s fine,” he says. “The cool part is that it’s everyone’s achievement. It’s not about me. If we set the record, we may make it competitive. People may think, ‘If the old guy can do it, so can I,’ and maybe they’ll try to break the record for charity.”

We’ve seen before that rolling for 24 hours straight is utterly grueling, but Obi has been pushing himself to make sure his body and mind are up for the challenge. He trains multiple times a day at multiple academies, maintaining a strict diet and including plenty of strength and conditioning at Fitness Warehouse. He’s also no stranger to competition — he has a background in bobsleigh and track and field, but most impressively, he organized a 3,500-mile charity run from New York to Los Angeles. Each team member was set to run a marathon’s worth of distance to complete the goal, but seven weeks out, Obi snapped his Achilles tendon. Unable to run, he instead used a handbike to complete his portion of the trek.

Roll Around the Clock has a similarly lofty goal. Obi has set his sights on a $100,000 AUD ($72,000 USD) goal, over $3,000 of which has already been met. All funds raised will go to the R U OK? Foundation: an Australian nonprofit that focuses on fostering personal conversations about mental health and taking initiative to check up on those who may be struggling.

Obi emphasizes that while the event itself is Australia-based, the cause is a worldwide endeavor. “I want it to go global,” he says. “Set it up in other countries. We do BJJ everywhere — a lot of us will take our training gear when we go on vacation or travel for work. It’s a worldwide community. It’s not about a club or an affiliation. Big donations are great, but if 50,000 people around the world donate $2, just skip their cup of coffee one day, we can meet this goal.”

To donate to the Roll Around the Clock charity event, visit its R U OK? Challenge page here. Watch the video below to get to know Obi and learn more about his efforts, and tune in to the live stream on February 22 if you can’t be there to roll with him in person: 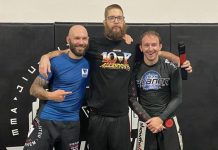 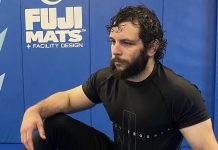 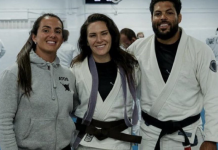 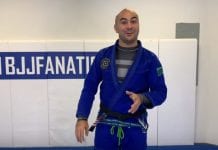 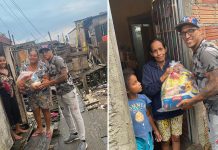 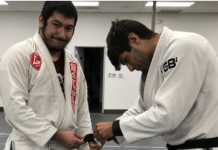 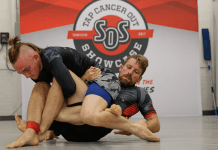 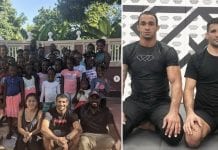 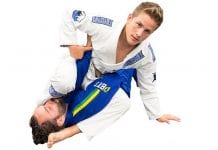 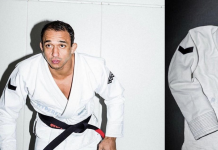 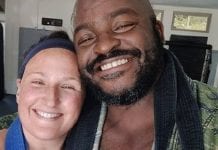 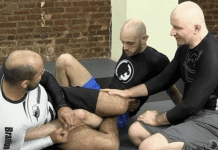