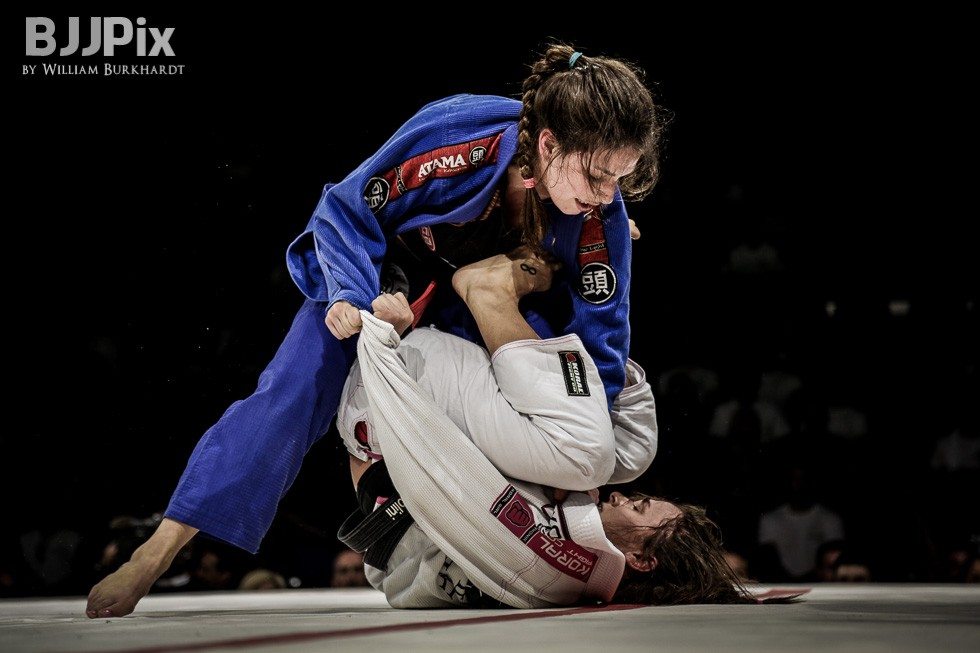 After the 5th edition of Metamoris there were rumbles about the exclusion of female competitors for the 3rd event in a row. The first and only female match in Metamoris history took place at the 2nd event when MacKenzie Dern battled Michelle Nicolini to a 20-minute draw in a gi match. Since then, there have been 3 events and 18 matches that have only featured male competitors on the cards.

We can speculate on the potential reasons why Ralek Gracie has left women off of his cards. Maybe it is due to the small pool of well-known elite female competitors that can generate fan interest. It could be due to the high-level female competitors already competing against each other in their weight divisions and in the open weight divisions on a regular basis at the major IBJJF competitions, thereby diluting the appeal of potential match-ups in Metamoris.

Both women’s BJJ and women’s MMA are growing in popularity. Why not feature NoGi matches between high-level grapplers from both BJJ and MMA? The ideal female competitor for Metamoris would be UFC Bantamweight Champion Ronda Rousey, but she has already stated that she is focused on MMA and movies and not grappling. Even without Rousey’s involvement, there are still many intriguing bouts that can be created. Here are 5 potential match-ups that could work in future Metamoris events.

At age 21, Featherweight MacKenzie Dern has already won 12-World Championships with the most recent one being the 2014 Black Belt World NoGi Championship. The Gracie Humaita product is the daughter of the legendary Megaton Dias and will be a force on the grappling circuit for years to come. Here is Dern winning the World NoGis over Karen Souza with a toe hold.

Alexis Davis is a Cesar Gracie Black Belt and currently trains with Caio Terra in San Jose, California. She holds a pro MMA record of 16-6 with 7 wins by submission and had won 5 fights in a row to earn a title shot against UFC bantamweight Champion Ronda Rousey. Although she stumbled against Rousey, she has defeated some of the top names in the female bantamweight division including Jessica Eye, Shayna Baszler, and Liz Carmouche. Davis gave Kyra Gracie a run for her money during a super fight bout at the 2012 World BJJ Expo.

Michelle Nicolini is one of the most popular and most accomplished female BJJ competitors in the world with 7 World Championships and a 2013 ADCC title on her resume. She won her most recent World Championship in 2014 by rallying with less than a minute left in her match against Tammi Musumeci by securing a gruesome shoulder lock which she then transitioned to a sweep to half guard and finally mount position for the win.

Miesha Tate is a former Strikeforce Bantamweight Champion and one of the most popular female fighters in the UFC. Tate owns a 15-5 record in MMA with 6 wins by submission. She won a girl’s high school state title in wrestling and finished second to Shayna Baszler in the 2009 FILA Grappling World Team Trials. Tate showcased her grappling in the cage when she finished Marlos Coenen with an arm triangle choke to win the Strikeforce Bantamweight title.

Cyborg is known in the MMA world for her striking prowess, with a 14-1 record in MMA with 10 KOs, but she also holds a Brown Belt in BJJ under Andre Galvao. Her career has been marred by controversy due to a failed PED test, but there is no doubt that she possesses a rare blend of size, speed, strength, and savagery that is hard to compete against. She presents a major challenge to anybody that dares to face her in MMA or grappling. Here is a sample of her take downs during the 2011 Worlds when she won the Gold medal in the Purple Belt Heavyweight division.

Andresa Correa has won back to back Black Belt World Championships in the gi in 2013 and 2014 and also won Gold in the 2014 World NoGi in the Heavyweight division. The Brazilian is a member of Alliance and is known for playing a strong pressure game from the top position which can potentially slow down or neutralize the speed and athleticism of Cyborg. Here is an example of Correa’s top pressure  and knee bar game from the finals of the 2014 World NoGi Championships against Sijara Eubanks.

Beatriz Mesquita is currently the top rated female Black Belt competitor in the IBJJF rankings. The Gracie Humaita team member and Leticia Riberio Black Belt has been on a tear in 2014 capturing both the lightweight and open weight Gold medals at both Pans and Worlds. She also recently won the Brazilian Nationals NoGi Champions in both the lightweight and open weight divisions. Here is her 2014 open weight finals match from the Worlds against Michelle Nicolini which she won 5-0.

UFC #1 contender Cat Zingano has a MMA record of 9-0 with 5 KOs and 3 wins by submission. She has extensive grappling experience dating back to wrestling in middle school and was an All-American and National Champion in college. She has also attained the rank of Purple belt under her late husband, BJJ Black belt Mauricio Zingano and was an ADCC qualifier in 2011. Watch her win her opening round match at the UFC Fan Expo/Grapplers Quest sub only tournament with a flying arm bar.

Recently promoted purple belt Amanda Leve could be the female version of Garry Tonon in a few years. The current high school senior has become a Youtube sensation among grappling fans by choking out boys at Grapplers Quest competitions.

Like Tonon, Leve trains under the Ricardo Almeida family and has a very fast paced and aggressive style. This past summer, she advanced to the finals of the UFC Fan Expo/Grapplers Quest sub only tournament where she hung with UFC #1 contender Cat Zingano for 20 plus minutes before getting caught in a submission. Keep in mind that she isn’t training full time and plays multiple high school sports. She isn’t even close to reaching her potential.

Liz Carmouche was very close to tapping Ronda Rousey when she took her back and caught Rousey with a neck crank at UFC 157. The UFC fan favorite, Carmouche, has been training with 10th Planet and recently won the Bronze Medal as a Purple Belt at the 2014 NoGi Worlds. Here is an example of when she was able to finish a rear naked choke against MMA veteran Kaitlin Young.

Which females would you like to see competing in Metamoris?