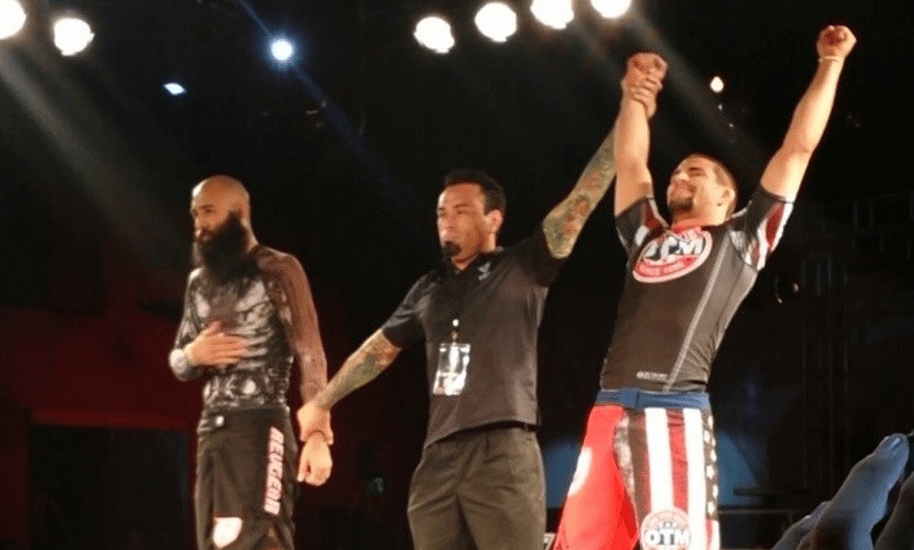 With two impressive, highlight reel submission victories at Metamoris 4 and 5, Garry Tonon has established himself as one of the most exciting Jiu Jitsu fighters in the world. Tonon’s game is tailor-made for the 20-minute submission only format of the event that allows him to give up position for submission and play his high-risk, high-reward, zero-*****-given, fan friendly style.

After exciting submission wins over Kit Dale and Zak Maxwell, Tonon has earned a spot on the Metamoris 6 card, a step up in competition and a higher place on card. Ralek Gracie and his team, know that Tonon is good for business, easy to promote and will put on an exciting match for the fans. Here are 5 intriguing opponents for Tonon at Metamoris 6.

Eddie Bravo called the first match between Tonon and Kron Gracie at ADCC 2013 “Probably the greatest grappling match of all-time.” Despite losing to a rear naked choke with seconds left on the clock, this match propelled Tonon to the next level in the minds of many BJJ fans. Kron and Tonon had an amazing back and forth battle that included Kron catching Tonon in an arm bar that would have finishing 99.99% of the population and Tonon taking Kron’s back and holding a 6-0 lead with roughly a minute to go in the match. With a comfortable 6-0 lead and top position, Tonon chose to drop back for a leg lock on Kron which Kron countered by standing up. This lead to Kron passing Tonon’s guard and taking his back with less than a minute on the clock. After a few adjustments, Kron managed to tap Tonon with 3 seconds left in the match to complete his comeback rally.

The loss has weighed heavily on Tonon. If you look at his Facebook profile, the cover photo is a picture of him being choked by Kron in the last seconds of their match. He called out Kron after his first Metamoris win over Kit Dale. Kron has been focused on his MMA debut on December 23rd. After his MMA fight, Kron might be able to do his cousin Ralek a solid by agreeing to a Springtime rematch with Tonon which could be positioned as the main event of co-main event of Metamoris 6.

Another redemption match for Tonon would be to square off against Joao Miyao. The two battled in the gi in June 2013 as Brown Belts at Jiu Jitsu Battle 2 in a highly entertaining back and forth match that went into overtime and ended with 2 of the 3 judges giving the match to Miyao. Tonon was very vocal after the match about feeling robbed and wanting a rematch with Joao or match with his brother Paulo, which has yet to happen.

Since that time, both competitors have earned their black belts and have had immediate success at that the highest level of the sport. Joao has recently won the Pans and World NoGi Championships and a NoGi sub-only match would between Joao and Tonon would be very easy to market to the fans.

Grippo and Tonon were both tabbed as the best of the new generation of the Renzo Gracie Combat Team. That ended when Grippo left the team to train a few blocks away at the Marcelo Garcia Academy in New York City. The drama and build up of two former training partners facing each other on the big stage of Metamoris will make the production of the Metamoris Countdown video an easy day in the office for the director and film crew.

The two former teammates recently met up at the 2014 NoGi Pans in the Open Weight division with Grippo edging out Tonon on points after coming up from a 50/50 position at the 6:08 mark of the video below. Grippo countered Tonon’s athleticism and leg lock game with the perfect guard based game plan that frustrated Tonon. The storyline of being former teammates combined with the talent of both competitors would make this a great bout for Metamoris 6.

This matchup would fit Metamoris’s trend of matching high level BJJ players against world class MMA fighters. Benson Henderson resume speaks for itself. He is a former UFC World Champion with notable MMA victories over Frankie Edgar, Gilbert Melendez, Donald Cerrone, and Nate Diaz. Nine of his 21 MMA wins have come by submission. He is an accomplished grappler who  holds a Black Belt in BJJ, finished 3rd at the 2014 NoGi Worlds, competed at ADCC in 2013, and wrestled collegiately at Dana College. Both he and Tonon possess great athleticism and can push the pace of the match to create a great show for the fans.

DJ Jackson, the 2012 Black Belt World NoGi Champion and 2013 ADCC qualifier, earned his nickname “Ram Man” and “The Human Honey Badger.” The Lloyd Irvin protégé and former college wrestler creates match up problem for many top level competitors with his strong takedowns, top pressure game, and penchant for arm locks. Jackson and Tonon met up in April 2014 at the ADCC Nationals in New York City with Jackson outpointing Tonon with 2 takedowns and utilizing his suffocating top pressure on Tonon. Like Grippo, it would be interesting to see how their game plans and attacks would change in a 20-minute submission only match up.

DJ Jackson vs Garry Tonon from ADCC Nationals in April 2014

Who do you want Garry Tonon to face in Metamoris 6?