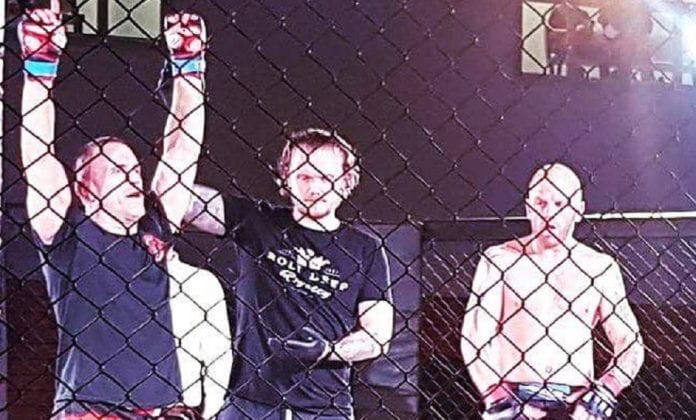 In jiu-jitsu and life, we all fall far more often than we would like — and sometimes avoid trying at all in fear of failing. Sometimes, fighting doesn’t make sense from the outside, and that was certainly the case for Mick Broster, who made his return to the cage last Saturday night.

Prior to Saturday, Broster hadn’t had an MMA fight since 2008 and in the meantime had been afflicted with two chronic knee injuries and a torn bicep. At 51 years of age with his first grandchild on the way, Broster decided to make his return against a much younger opponent at Budo Fights 34 in Swansea, Wales.

Broster began training in 1996 and has since become a pioneer for the 10th Planet system in the UK, acting as moonhead for 10th Planet gyms in Banbury and Redditch as well as cornering fighters in the UFC and various other MMA promotions.

I first met Broster when I enrolled in his academy as a student and initially was struck by his unassuming nature. From a distance, Broster is not what you’d expect a fighter to be or a martial artist to look like, but I was incredibly struck by his technical proficiency and ability to teach. Under the watchful eye of strength and conditioning coach Naomi Harvey, Broster made it through camp and onto the scales as he weighed in on Friday.

On fight night there was quite a size disparity, but Broster was able to come out on top. Watch the full fight video below: