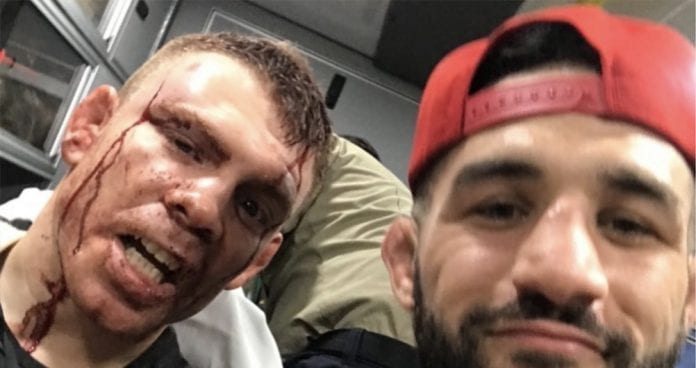 Paul Felder will be taking a quick break from broadcasting at the UFC’s “Fight Island” event on Wednesday as he steps in to corner his friend and teammate Jared Gordon.

Gordon, who will be facing off against Chris Fishgold at the midweek event in Abu Dhabi, was left cornerless after his team and coaches all tested positive for COVID-19 and didn’t make the trip over to the UAE. Gordon made the trip alone, but now, he won’t be fighting alone.

Felder, who is a UFC fighter himself, is scheduled to commentate on all the remaining UFC events happening on Yas Island, but he got the OK to take a pause to corner Gordon in his fight. Xtreme Couture head coach Eric Nicksick will also be in his corner for the fight.

The news was announced by Sucker Punch Entertainment’s Brian Butler on Sunday:

Felder reposted the image on his own Instagram account, adding, “No way I’m letting my man go into a fight alone” in the caption.

Felder will return to his commentating work following Gordon’s fight. He last fought in February, but is currently taking some time away from fighting.