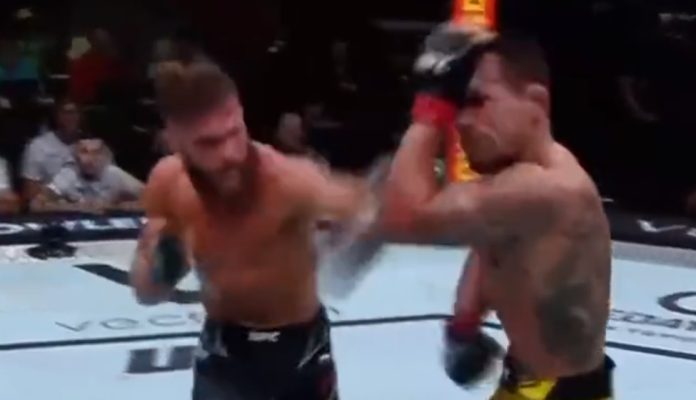 The UFC Apex hosted a small crowd with some big fights this Saturday, with Rafael Fiziev and Rafael dos Anjos battling in the 5-round main event.

Fiziev came out on top with a 5th round KO that came out of nowhere. Until that point, the fight had been too close to call but in the 4th round, RDA began pulling away. Fiziev had never seen the 4th and 5th round in the UFC, and RDA being the seasoned veteran that he is, was looking fresh throughout round 4 and landed his most significant strikes and takedown of the night.

Unfortunately for RDA, Fiziev came into round 5 like a new man, and earned a lightning quick KO just :18 seconds into the round.

Fiziev earned himself a $50,000 bonus for his performance, as did Chase Sherman, who earned a late TKO victory over Jared Vanderaa.

Jamie Mullarkey and Michael Johnson each received $50,000 bonuses for earning Fight of the Night as the two slugged their way to a Split Decision in Mullarkey’s favor.