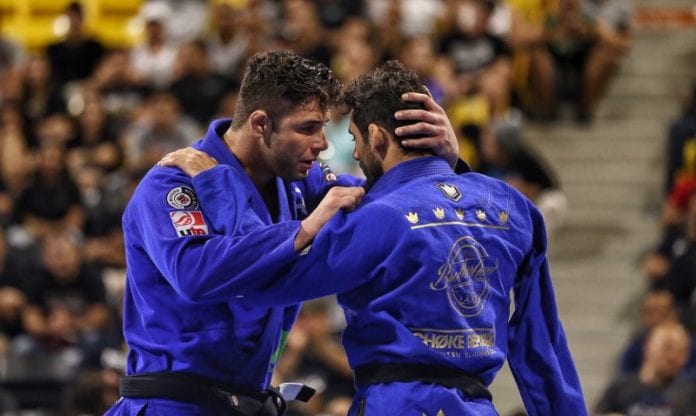 Marcus “Buchecha” Almeida’s lightning-fast heel hook victory over Kirill Grishenko last weekend at ONE Championship’s Prime Video debut is the jiu-jitsu phenom’s fastest win yet on the MMA stage. While he earned a tap from Grishenko barely more than one minute into their first round, according to Buchecha, the training camp that propelled him to victory was his most difficult yet, due to the recent loss of one of his closest friends, the late Leandro Lo.

“I don’t know how I did it, but I managed to do it,” Buchecha tells the Jiu-Jitsu Times. “One thing I knew was that if I pulled out, or if I gave up, [Leandro] would be really mad at me. So that was one of the reasons that made me keep going, you know? But it’s still really hard.”

“I felt [Leandro] was there with me in that moment,” he adds, reflecting on the victory.

Nevertheless, Buchecha isn’t one to lecture other athletes on training through grief or loss. “This has never happened to me before, so I’m not the kind of guy who can give advice about [pushing through those emotions],” he confides. “I’m still lost. I don’t know what to think. Some days, I think I kind of feel like I understand, and other days, I just cry. So I’m not the best person to talk about that, but one thing I know is that [Leandro] wouldn’t want me to run away. He would want me to keep living my life, and keep going after my dreams – and that’s the only thing that’s kind of helped me. Because that’s what I think he’d want me to do.”

Now that Buchecha holds a decisive win over Grishenko, does that mean a shot at ONE’s heavyweight title is in the bag? Not necessarily. “I don’t know, and to be honest, I don’t really care about that right now,” says Buchecha. “I think it’ll happen eventually, but I don’t really think about whether it’s happening now, or next fight, or later – I just want the experience of fighting more.”

Among the unique boons that ONE offers as a promotion is its sheer breadth of martial arts entertainment. Buchecha, popularly considered the GOAT in sport jiu-jitsu prior to his transition into professional MMA, doesn’t deny the temptation of taking a crack at ONE’s grappling championship if a belt is on the line: “For sure, my focus is one hundred percent MMA right now – I want to be the champion one day, I’m working toward that.” He grins. “But of course, if I see someone holding the belt for grappling, I’ll probably try to steal it.”

He’s excited by the rise of talent on ONE’s jiu-jitsu roster, and considers himself a fan of many of the athletes currently competing in ONE grappling events. “I definitely love watching the Ruotolo brothers,” he says. “Also Renato Canuto – and Mikey Musumeci, who’s fighting for the title really soon. Tommy [Langaker] as well, who just fought Canuto. Those are the names that I always get excited to watch compete in the ONE Circle.”

ONE incentivizes its grapplers to chase camera-worthy finishes during jiu-jitsu matchups with the prospect of a $50,000 bonus – which is the kind of money that could only previously be earned by dipping their toes into the much riskier sport of MMA. “At the end of the day, we are professionals, and we need the money,” says Buchecha. “So when we get an incentive like that, it’s all we need [to put on a show] – well, not all, but it helps a lot.”

“Tommy [Langaker] just got his $50,000 [for a grappling match], and I saw in his eyes how happy he was,” Buchecha offers, as an example. “So I think at ONE Championship, what Chatri’s doing, what Léo [Viera] is doing, is taking jiu-jitsu to another level. I see guys going to fight in ONE Championship who don’t care about the purse – they go [to ONE] because they want to put on a great show to win the bonus. So I think that’s a great idea. That’s what the sport is about.”

“And that’s just the beginning,” adds Buchecha. “There’s a lot of room to grow, and I’m really happy to kind of be a part of it – of course, I’m not fighting on the grappling [promotion], but I paved the way for so long. I’m one of the guys that fought for so long to get jiu-jitsu to where it is right now, and I’m so happy to be a part of that somehow, where all the biggest names of the world can fight for a $50,000 bonus, and go home happy, fighting in the biggest organization in the world.”

For context, Buchecha’s been in sport jiu-jitsu long enough to remember when the financial pickings were far slimmer. “I love to watch what’s going on right now with jiu-jitsu,” he says. “I remember when the biggest prize money I could get in jiu-jitsu was like $40,000. That’s what you could win as ADCC open weight champion, $40,000 – and to win the ADCC open weight, you had to be a really tough guy. And it’s going to be just one, every two years. But now we’re seeing [opportunities for] lighter weight athletes, like Mikey Musumeci and Danielle Kelly.”

He’s also pleased about what that means for women in the traditionally male-dominated world of competitive jiu-jitsu: “[Girls] are getting equal payment [at ONE] – men, women, it doesn’t matter, if it’s a girl, if it’s a guy, everyone has a chance to get that $50,000 bonus.”

Some of ONE’s hungry new jiu-jitsu athletes have additionally expressed interest in joining Buchecha on the MMA side of the roster – which he’d welcome. “I think the ones I really want to watch, who I think are going to do really well with the mindset they have, and the way that they fight, are Renato Canuto and the Ruotolo brothers,” says Buchecha. “They’re going to do really great, because they don’t just fight – they put on a show. And that’s what people really want to see: [athletes] moving forward, trying to submit each other, trying to finish the fight. So they’re going to be really exciting MMA fighters, no doubt about that.”

Watching newer jiu-jitsu athletes eyeing up potential MMA debuts takes Buchecha back to his own early MMA days. “The first fight was the one where I got more nervous,” he recalls. “Because it was the first time, and I didn’t know what to expect. I was living in the hotel, taking the bus, getting to the arena – so I didn’t know when to wrap my hands, or how to warm up. There were all these things that I didn’t know how to do.”

That anxiety largely dissipated once the action going going. “I was really excited, but more nervous – but once I stepped into the cage, I was fine,” Buchecha recounts. “I got really tense before, but once the cage door closed, I could see everything, I could think, I could think about the game plan. So it was weird, because I felt so much calmer than I did during the [IBJJF] World Championship finals. The finals of the open weight, for me? That was like ten times more pressure.”

These days, Buchecha’s grown accustomed to the particular mental challenges leading up to an MMA fight. “Nowadays, I know the drill, so I know what to expect. Now, when the cutman is wrapping my hands, I’m talking to my friends, I’m laughing, I’m listening to my music. Of course, I’m not saying that I don’t get nervous – I do still get really nervous – but I know already what to expect, so it’s an easier situation than that first fight.”

Given his work ethic, no doubt we’ll see Buchecha back in the ONE Circle sooner rather than later – but first, he’s taking a well-deserved vacation. “Right now, I’m celebrating with my parents,” he shares, smiling widely. “We are at Disney in Orlando! Because I was in camp for so long, I couldn’t really hang out, or do anything with them, so they came here, to stay with me in Florida, but I was so busy training, and so focused, I couldn’t really give much attention to them. So today was the day to come here, and enjoy it with them – and we’re having a really good time.”

“I would just like to say thank you very much [to everyone] – because after going through the hardest time in my life, I got so many messages, and so much love from everyone through social media,” adds Buchecha. “So that means a lot. I felt how much people loved me, and loved Leandro, so it was good to see the message that he left – that it’s going to be something that lasts forever.” It’s a heartfelt moment of gratitude. “Somehow, it gives comfort to my heart, you know? So thank you, to everyone, for the support.”

To catch up on his events via ONE Championship, check out his official ONE athlete page. 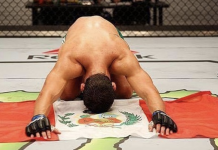 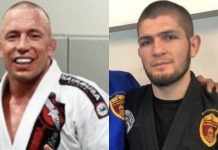 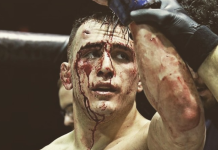 From Fighter to Family Man: UFC’s Cody Brundage on Honoring Wife and Daughter