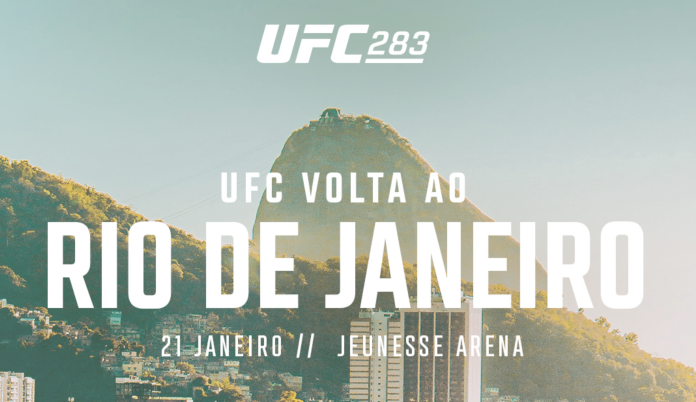 The UFC will be making its return to Brazil with UFC 283 scheduled for January 21, 2023, at the Jeunesse Arena in Río de Janeiro.

This will be the 11th time that the UFC has held an event in Río de Janeiro and the 38th Brazilian event in the promotion’s history.

UFC hasn’t been to Brazil since the March 2020 Fight Night featuring Lee vs. Oliveira, which was ordered to take place with no crowd after Governor Ibaneis Rocha ordered a COVID-19 lockdown with no large gatherings.

The event comes alongside news of a new streaming and broadcast deal for the promotion, with UFC Fight Pass launching in Brazil on January 1, supported by a fully localized broadcast, and the announcement that all UFC events will now stream on the local network Band TV.

There has yet to be an announcement of who will be featured on this card. Jiu-Jitsu Times will stay up to date on developments.