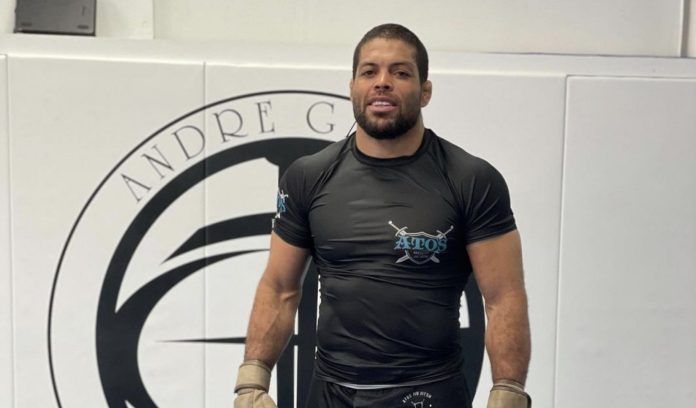 André Galvão will be making his ONE Championship debut when he faces off against two-division champion Reinier de Ridder in a submission grappling match at One: X on March 26.

The announcement comes just a week after De Ridder submitted Kiamrian Abbasov with a textbook Head and Arm choke to retain the ONE Middleweight MMA title. In the match, De Ridder actually forced the tap at the end of round 2, but it was after the bell. He came out the next round and finished his opponent with the same submission. After the fight, he grabbed the mic and called Galvão  out, “In three weeks at ONE X, Andre Galvao, let’s find out who the best grappler is around these parts. Let’s go man, I’ll choke you out!”

De Ridder is the current ONE Light Heavyweight Champion and Middleweight Champion. He holds an undefeated MMA record at 15-0, with 10 wins by way of submission.

André Galvão  is one of jiu-jitsu’s biggest names, with a seat at the ADCC Hall of Fame already secured. The 4th-degree black belt is the head of Atos Jiu-Jitsu in San Diego. He has an MMA record of 5-2 with 3 submission wins. His grappling record is extensive with multiple world titles, including an undefeated ADCC record with 6 titles. He signed with ONE Championship in November of 2021.

ONE: X recently just added a list of match-ups to their 10th anniversary promotion. The additions also include a submission grappling match between Daniell Kelly and Mei Yamaguchi.

ONE: X happens on March 26 in Singapore, China at the Singapore Indoor Stadium at 1 p.m. Singapore Time, or 6 p.m. ET/9 p.m. PT. Tickets are on sale at onefc.com.

You can watch ONE: X via the One Championship Super App.