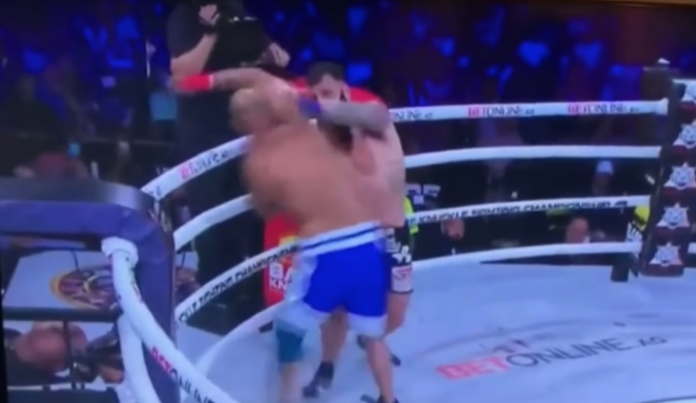 38-year old Justin Thornton has passed away following a knockout loss at BKFC 20 in August.

It is not immediately apparent what his exact cause of death was, but Thornton was immediately hospitalized after the fight and suffered partial paralysis. He remained in the hospital until his death as doctor’s treated him for a spinal cord injury and a lung infection.  A September 23rd post on his personal Facebook account stated,

My name is Amber Willard

I’ve been with Justin on and off the past 7 years  those whom know me personally and have met me you guys know who you are I’m here with him  and I’m never leaving him him and I are very much in love!

Here is as followed

He is on a ventilator

He has a tracheotomy

I bathe him 4 times a week

He watches his favorite tv shows and movies on my tablet

Y’all are welcome to message me to get any info

I am on FB

You can find me as Amber M Willard

I am from latimer Ms

I am with him now and he said to let everyone know that he thanks all of y’all for the support and we are gonna get him through this!!!!!

BKFC president, David Feldman, gave his statement on the fighter’s passing, “This morning we were very saddened to be notified of the passing of one of our fighters, Justin Thornton, who competed at BKFC 20 on August 20, 2021. We join the rest of the combat sports community in sending our deepest condolences to his family and loved ones.”

Thornton held a bare knuckle record of 0-1 and an MMA record of 6-18. His opponent, Dillon Cleckler was 2-0 in BKFC and 11-1 in MMA. The pair previously fought each other under MMA rules back in 2013, with Cleckler securing the victory. Critics called the Heavyweight rematch a lopsided bout, and it seems so after the knockout came just 19 seconds in. As of now, Cleckler is currently in fight camp for an early November return to BKFC.

Our condolences go out to the friends, family, and training partners of Justin Thornton. Rest in peace, Champ. 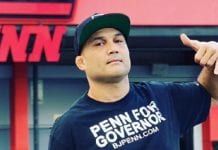