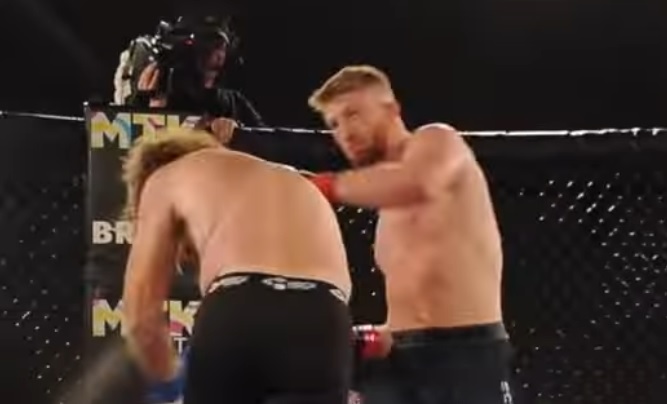 Grappling phenom Bo Nickal has chalked up a highlight-reel, KO victory in his very first professional MMA fight. And he needed less than 1-minute to do it.

Nickal made his pro debut at Jorge Masvidal’s iKon FC 3 against John Noland. While he’s most obviously known for his wrestling, Nickal was heavy on the strikes from the start with a head kick and a flurry of heavy punches.

A heavy left hand sat Noland down, and Nickal followed up with a right as Noland was getting back to his feet. The punch flattened Noland out and Nickal didn’t follow up with any ground and pound, just hands in the air for victory.

Nickal called out all 185lbers after his match, “Every single 185lber on the planet is on notice. I know who you are, where you live, where you train, your weaknesses, your tendency’s, and I’m coming for you.”