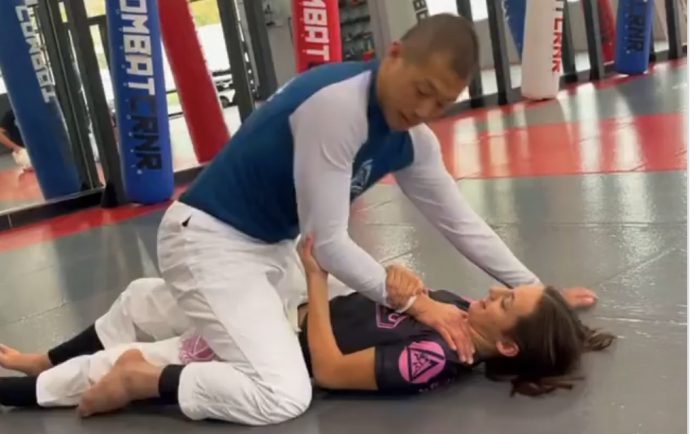 Three months ago middle schooler Charlee Funes was brutally bullied and received a scholarship from Rener Gracie to join the Gracie Bullyproof program.

If you have been following the story, she’s reportedly become a fan and regular practitioner of jiu-jitsu at Fusion Fitness MMA as she was getting ready to go back to school in the fall. The difference in her demeanor from her initial encounter with Rener and her interview with him a couple days ago is stark. She discusses how she was able to stand up to someone she considers a friend for three years who always takes control of what they are gonna do and what game they’ll play, asserting herself in setting a boundary in the way she wants to be treated.

In a followup interview conducted a couple days ago, Charlee’s mom discusses how she asked Charlee if she was ok with going to school on her first day. Charlee reportedly responded ‘I’m gonna be fine’ to which her mom asked ‘why is that?’ and Charlee simply stated, “I’m bullyproof.”

Watch the full interview she does with Rener Gracie to see how three months of training has improved her outlook on going to school. This is one of the feel-good stories of the summer. Check out the interview below: