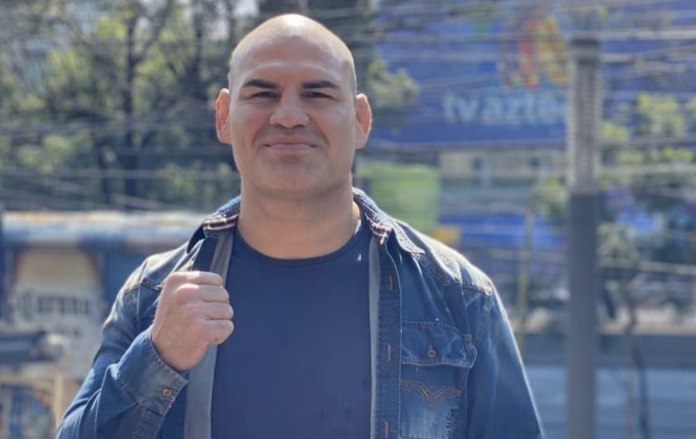 Cain Velasquez’ case has garnered support across the martial arts community, but at least one San Jose judge didn’t feel the same as he was denied bail on Monday morning.

Velasquez currently sits in a jail cell inside of a jail cell in Santa Clara County Jail and has been there for over a week. He is facing 10 charges, including an attempted murder charges for a San Jose shooting that took place in February.

Fans around the world have spoken out in support of Velasquez due to the reasoning behind his shooting. It is alleged that the man Velasquez is accused of shooting, Harry Goularte, has been arrested for molesting a 4-year old family member of Cain’s.

Velasquez is being accused of firing a .40-caliber pistol into Goularte’s vehicle several times, wounding Goularte’s step farther in the arm and torso.

Judge Shelyna Brown denied bail for Velasquez. She slammed Velasquez as “reckless,” and said the “risk is too great” to allow bail.

#Breaking: Judge rules that due to the fact the risk is too great to the public and victims, no bail will be set for UFC star Cain Velasquez at this time. Story tonight on @abc7newsbayarea https://t.co/ce2O7CMrBa pic.twitter.com/SP5eQAs5C2

Dana White spoke on the arrest at a UFC 272 press conference, “I obviously feel sorry for him and his family,” White said. “It’s a horrible thing. I don’t know enough details to speak on it, but from what I’ve heard, you know, we all say we’d do it if it ever happened to us. Cain did it.”

Colby Covington gave his support following his UFC 272 win, “Free Cain, man! A lot of people, what he did, a lot of people wouldn’t have done that same thing. I respect the s*** out of him. Having a kid, your kid be molested, we talk about that all the time like we would do that, but he was in that situation, he actually did it. So, free Cain Velasquez! Much respect and love, and I hope he gets out soon.”