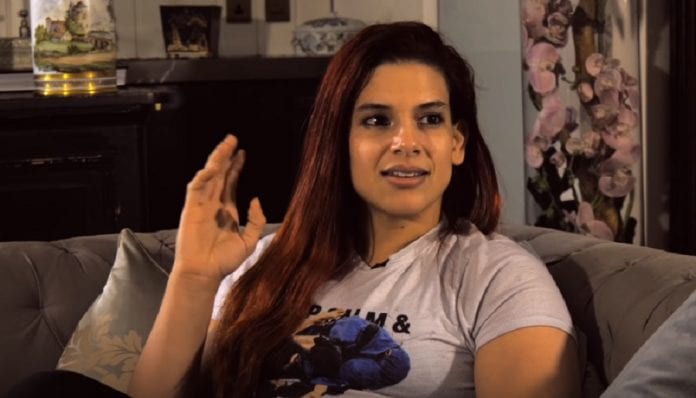 Multiple-time IBJJF World Champion Claudia do Val has opened up about alleged sexual abuse by her now-former coach Ricardo de la Riva in an emotional interview with Unleashed. The Game Changers‘ Paola Diana.

The interview provides further context to do Val’s seemingly surprising exit from de la Riva’s team and transition to the Soul Fighters affiliation. Although a lack of support and a change in uniform policy that would prevent do Val from wearing her sponsor’s uniform in class were said to play a part in her decision to leave, do Val’s far more serious reasoning was revealed about 41 minutes into the interview.

“It destroyed a part of me,” do Val said of the experience, explaining that there was a certain “adoration” within de la Riva’s gym for the instructor. “I saw him as a god-like figure, also like a dad, also like a friend,” she said, saying that de la Riva also said that he saw her as a daughter-figure.

In 2014, do Val says that she was in a brief abusive romantic relationship with a former boyfriend and that she “escaped” him a few months after she began dating him. She said the experience left her feeling “needy” for love and depressed, and she began blaming herself for being “weak” and staying with him.

Then, in 2015 after do Val had gotten her brown belt, she says that she and de la Riva were talking on WhatsApp when he told her, “I’m going to your house so you can give me a massage.” She says she thought it strange, but tried to convince herself that it was ok because he was like a father figure to her.

“I hate him so much because even though I didn’t say no with my voice, I’m sure that my body language was saying no because I was a statue. I was just petrified and he kept going. He kept going the whole way. I blamed myself so much because I didn’t say no with my voice… I don’t know if I can call it abuse because I wasn’t able to say no. But my body… I was petrified. I was dying inside.

Do Val also explained the emotional struggle she went through when deciding whether to stay or leave. “My house was right in front of the gym. If I leave the gym, they’re going to ask why I did. Everyone is going to say it’s my fault because I didn’t voice it, I didn’t tell him to stop.”

The athlete said that hindering her ability to heal and move on from the alleged incident was that de la Riva made comments in class that only she would understand referring to what had happened. “He would talk about it like it was the most amazing thing for me, and it wasn’t.” She says that he continued to pursue her and that although she turned him down every time, it still took him a while to stop trying.

The full interview can be found below, and the portion referred to in this post begins at about 40:00.