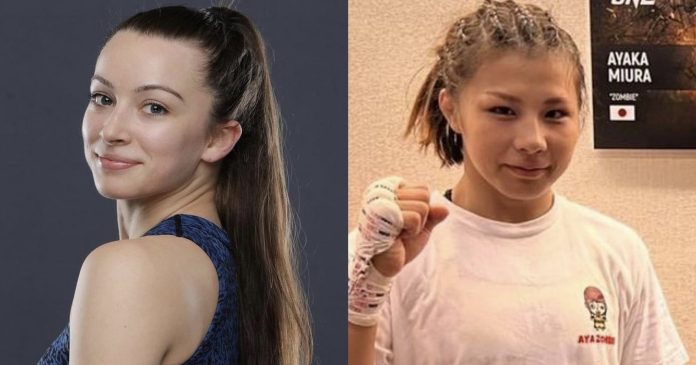 Danielle Kelly will step into the ONE Circle for the third time at ONE on Prime Video 7, on February 10, this time to face MMA sensation and judo specialist Ayaka Miura. Kelly, a highly decorated BJJ black belt out of Silver Fox, is currently 2-0 in her ONE Championship submission grappling career. The Silver Fox standout holds a decision victory over MMA veteran Mei Yamaguchi, as well as a spectacular win by rear-naked choke submission over sambo world champion Mariia Molchanova.

While odds favor Kelly, who’s specialized in submission grappling for nearly her entire life, we shouldn’t necessarily count Miura out entirely. After all, Kelly herself has previously gone on record pointing out that MMA fighters with solid ground skills do sometimes get the better of sport grapplers, even in pure submission grappling rulesets.

As for Miura herself, the Japanese MMA star is certainly a force to be reckoned with on her own turf. She’s won all her MMA fights exclusively by submission, and is particularly well-known for a nasty Americana scarf-hold. Like any good judoka, she also thrives in takedown battles, and plays a dangerously pressure-heavy top game. The question is whether Miura will be able to impose any of that celebrated top control power against a grappler of Kelly’s caliber — who’s got both solid wrestling chops and a notoriously dangerous guard game.

Find out at ONE on Prime Video 7 at 8 PM EST, on February 10, where Kelly vs. Miura will be streaming from Amazon Prime.