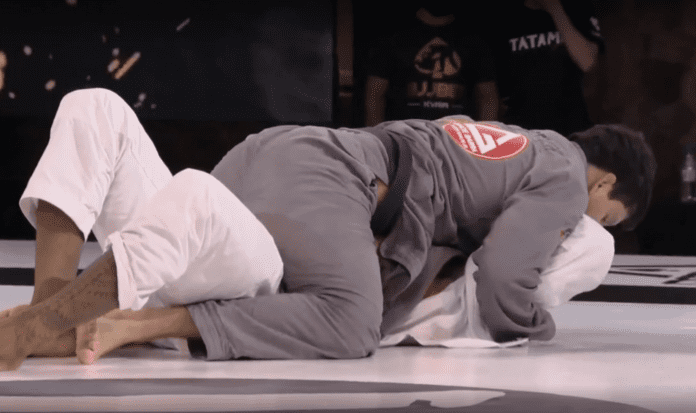 A rematch between Felipe Pena and Erberth Santos ended in a way that many jiu-jitsu followers likely expected.

The match began with Santos scooping up Pena’s leg and getting a takedown in the first minute. Pena stayed down and played guard, while Santos tried to pass and get to mount. A sweep attempt from Pena led to Santos getting to the back and working in a hook, but Pena was able to roll out and return to guard. Pena tipped Santos over and came up to switch the position and tie up the score. Pena then passed the guard and got to mount, pressuring forward while Santos didn’t appear to make any effort to defend. At 4:37 remaining in the match, Santos verbally tapped, and the referee declared Pena the winner.

In the post-match interview, Pena said that Santos had asked the referee to stop the match twice; the first time, the referee told the competitors to keep going.

The Jiu-Jitsu Times will provide an update if Santos provides clarification on his side of the events during the match.