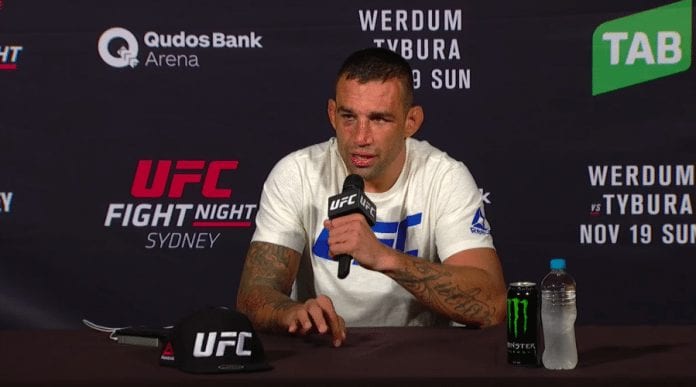 Black belt champion and longtime MMA favorite Fabricio Werdum is “done” with the UFC, according to manager Ali Abdelaziz. The heavyweight, who is scheduled to slap it out with fellow ADCC champ Gordon Ryan combat jiu-jitsu style on February 22nd, was hit with a 2-year ban for suspected PED abuse which began in May 2018. Werdum asserts the banned substance found in his system was a “misunderstanding,” attributed to tainted supplements.

“USADA needs to do what they need to do…Fabricio’s 41. After his suspension ends and he comes back, he’ll be 43. What is he going to do?” Abdelaziz told MMAfighting.com. “If they open a senior league, we’ll wait. But Fabricio Werdum did not cheat, you understand? How stupid are you to cheat at 41 years old? You’d have to be.”

He went on to lament what has felt like unfair treatment of fighters like Werdum in light of the Jon Jones situation.

With fighting as Werdum’s primary source of income, the banned fighter is reportedly eyeing fights in Russia outside the reach of USADA in addition to his upcoming Mexican CJJ matchup with Ryan.

“I need the UFC’s blessing for this. I want their blessing,” said Abdelaziz.

Werdum’s record stands at 11-4-1. His last UFC victory was in 2017, a decision win over Polish fighter Marcin Tybura. He was KOed in his most recent cage appearance in March 2018 by Alexander Volkov.